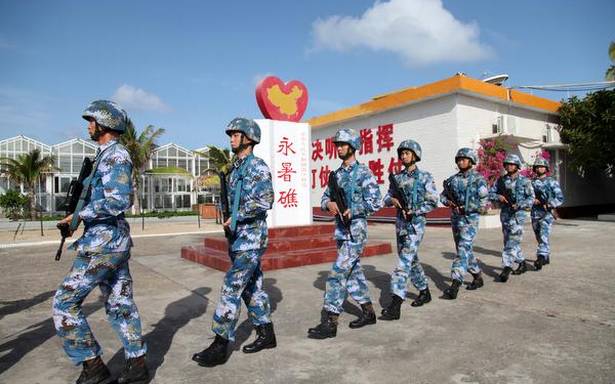 The transgression by Chinese People’s Liberation Army (PLA) soldiers in Barahoti, Uttarakhand in August is part of the pattern of large-size patrols by China to assert their claim while also testing India across the Line of Actual Control (LAC), say Defence Ministry officials.

In this regard, there is need for better operational synergy between the Army and the Indo-Tibetan Border Police (ITBP), to avoid any surprises like in Galwan, which synergy is presently severely lacking, Army and Defence officials said. The Army is set to raise the issue with the government, it has been learnt.

“Chinese transgression in the middle sector is not new but there is an increase in the number of PLA troops coming in. It is a pattern,” two officials said. In the August incident, PLA troops came in from multiple locations within the Barahoti bowl, one of them said, adding that the last transgression in Barahoti was around the same time last year, but this time it was on a much higher scale.

Over 100 PLA troops, along with a large number of horses, came in about 4-5 km inside the Barahoti ridgeline, across the Tun Jun La, which is the LAC in the area, and returned after a few hours, at least two officials confirmed. There are some makeshift wooden bridges constructed for Indian patrols to cross, they said. In the backdrop of the development, the China Study Group met on Friday to discuss the development, it has been learnt.

“One of the reasons for the increased number of troops in the Chinese patrols is to prevent any surprise, or avoid being overwhelmed by Indian troops in case there is a flare-up, as the Indian Army and the ITBP are located all along and close to the LAC. In contrast, the PLA’s base from the LAC in the Barahoti area is 30 km on their side and they will take time to respond,” another official said.

This is especially so after the violent clash at Galwan last year which saw the first combat fatalities on the LAC in decades, the official said, while also noting that India’s infrastructure has vastly improved over the years.

The Army is co-located with the ITBP at Rimkhim about 8 km from the LAC, but the responsibility of policing and patrols is with the ITBP, the officials noted. In many other places along the LAC too, patrolling duty and tasking is with the ITBP while the Army has bases all along, they said.

Even though the Army and the ITBP are co-located in many places, various pre-functions like rehearsing and area domination are presently not there, one of the officials said, stating that this causes delays in reacting to any contingency. “At such places, there is need for a joint mechanism. These operational linkages should be there,” the official stressed.

The issue of giving operational control of the ITBP to the Army has been a matter of contention between the Defence and Home Ministries for a long time. The ITBP was raised in the aftermath of the 1962 war with China. It primarily guards the 3,488 km-long LAC and is under the Ministry of Home Affairs (MHA).

Stating that all operational requirements of the ITBP are decided by the Army, a Home Ministry official, however, said the force maintains an independent chain of command and reports to the MHA. “They (the ITBP) act as parallel eyes and ears on the LAC,” the official said.

On Saturday, during a visit to forward areas in eastern Ladakh, Army Chief General Manoj Naravane stated that China had deployed troops in considerable numbers all across eastern Ladakh and the northern front, right up to India’s Eastern Command in the forward areas.

(with inputs from Vijaita Singh)