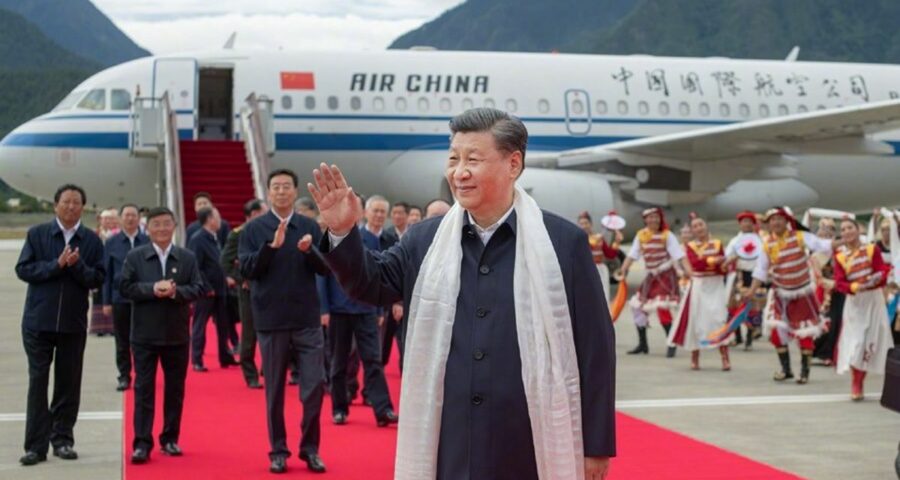 About 30 airports have been either built or under construction in Tibet and Xinjiang provinces which will boost China’s civil and military infrastructure in the remote regions bordering India, the country’s official media reported.

China has been ramping up infrastructure in Tibet. Recently, it has launched the high speed bullet train connecting the provincial capital Lhasa with Nyingchi, the Tibetan border town close to Arunachal Pradesh.

“There are currently nearly 30 civil airports built or under construction in Xinjiang and Tibet,” state-run Chinamil online quoted an official in charge of a military transportation dispatch centre under the People’s Liberation Army (PLA) Western Theatre Command (WTC) as saying.

“The rapid development of civil aviation in the border areas has provided convenience for the air transportation of recruits and veterans,” the PLA official said.

The WTC oversees the Xinjiang and the Tibet autonomous regions as well as the border with India, making it the largest geographical area under one command in the PLA.

The massive development of rail, road and airport infrastructure was expected to vastly improve the Chinese military’s ability to move men, materials and weapons to the border areas at a faster pace.

A chartered flight carrying 115 veterans took off from the Shigatse Heping Airport in Tibet and headed for Chengdu, Sichuan Province, on September 1, marking the official opening of 23 air routes for transporting new recruits and veterans into and out of Xinjiang and Tibet, the Chinamil online report said.

After coordinating with airports in Urumqi, Kashgar, Lhasa, Shigatse and other places, the dispatch centre has opened up 23 routes to transport military recruits and veterans into and out of Xinjiang and Tibet this year, and temporarily opened three routes from Yinchuan, Jiayuguan, and Zhangye to Ngari, it said.

This year, all the recruits and veterans entering and exiting the Ngari area of Tibet will be transported by air, it said.

In addition, some airlines help to reserve tickets of regular flights to Ngari in response to the troops’ emergency needs, it said adding that some urgently needed military supplies could also be delivered free of charge or at preferential rates by the civil airliners.