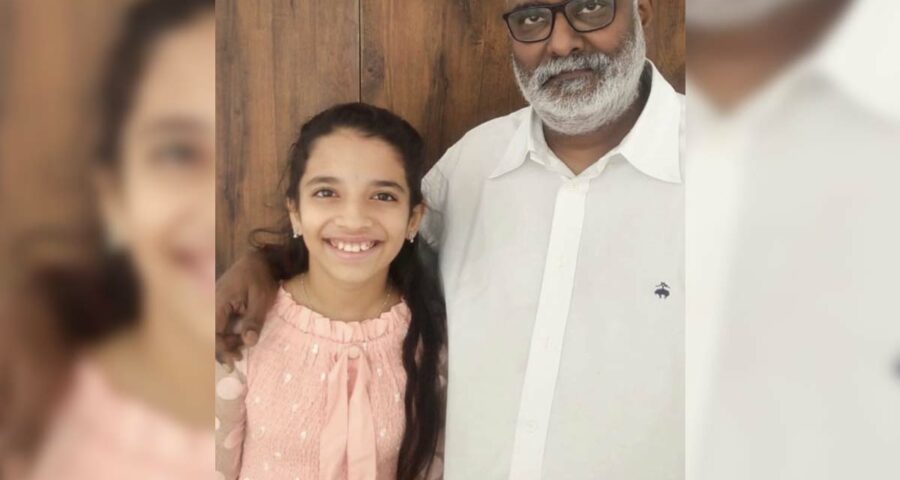 SS Rajamouli’ directorial venture RRR starring Young Tiger Jr NTR and Mega Power Star Ram Charan, is slated to hit the theaters on 13th October. The film RRR, which is being bankrolled by DVV Danayya, has the music by MM Keeravani. Earlier during an interview, MM Keeravani revealed that the film will have a periodic style and modern music.

The story of RRR is set in the 1920s. Produced by DVV Danayya, RR is said to be made on an extravagant budget of Rs 300 crore. Yesterday the music composer Keeravani shared a picture of a young singer named Prakruthi who crooned a song in the magnum opus RRR.

Coming on the pic, Keeravani is seen with the singer Prakruthi and wrote, “Happy birthday Prakruthi  Your cute voice added extra life to my song from RRR. May God bless you with a wonderful life!” RR Twitter handle retweeted, “This song will remain in our hearts for a long time! Can’t wait for the world to listen. Happy Birthday Prakruthi.”

A special set is erected for the shoot of the promotional song of  the movie RRR in which Anirudh Ravichander will be seen shaking a leg with lead actors- Ram Charan and Jr NTR.