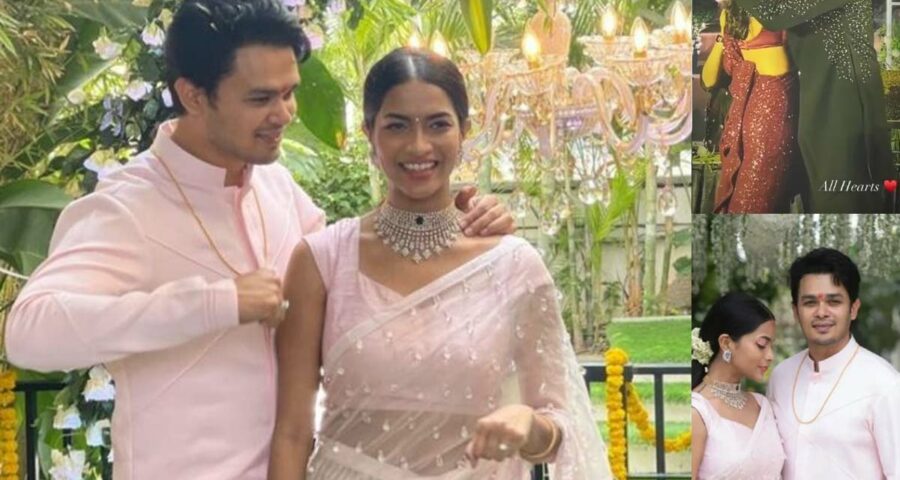 Do you remember the child artist in Venkatesh‘s  Intlo Illalu Vantitlo Priyuralu who acted as the son of Venkatesh and Vineetha? Yes, he is the cute child who never make audience to forget him, as his action was absolutely fine. It has been a couple of decades we watch the film on silver screen.

It is a full comedy and emotional entertainer in those days, which was released in 1996. The film stars proficient actors such as Venkatesh, Soundarya, Vineetha, Kota Srinivasa Rao, AVS, Mallikarjuna Rao,  Brahmanandam, Babu Mohan, and the child actor Naga Anvesh.  Naga Anvesh is the son of the popular producer Krishna Reddy, who bankrolled one of the hit films, Sindhura Puvvu.

Anvesh has grown up and he is a 27-year-old now. He seems handsome, and ready to marry a girl whom he loved the most since his childhood.

Naga Anvesh became the most popular actor after the success of the movie Intlo Illalu Vantitlo Priyuralu, directed by EVV Satyanarayana. Of late, he performed in the film ‘Angel’ with Hebba Patel as the leading lady. He aspires to accomplish colossal projects in the coming times with well known directors. The official announcement about his wedding date will be revealed soon.