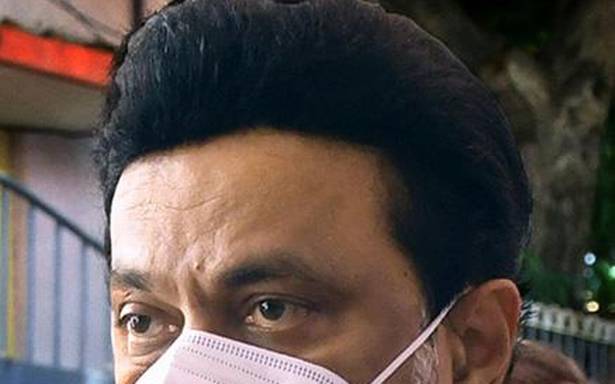 It will have the HR&CE Minister as vice-chairman

The proposed State-level advisory committee for all major Hindu temples is likely to be headed by Chief Minister M.K. Stalin.

Indicating this, a government official told The Hindu that the formation of the committee would be in tune with Section 7 of the Hindu Religious and Charitable Endowments (HR&CE) Act. The committee would have HR&CE Minister P.K. Sekar Babu as vice-chairman.

Such a committee was last established in 2012, and its tenure ended in 2015. Its non-official members included the heads of prominent religious institutions, such as Srirangam Srimath Andavan Ashramam and Tiruvavaduthurai Adheenam, apart from industrialists.

Asked whether the committee could go into matters concerning better utilisation of the land and other assets of the temples, the official replied that the government had the discretion to assign any subject to the committee.

The phrase, ‘advisory committee for all major Hindu temples’, as mentioned in the address of Governor Banwarilal Purohit to the Assembly on Monday, can be interpreted as one that pertains to temples with an annual income of ₹10 lakh and above, if one goes by the categorisation of temples on the basis of their annual income that has been laid down in Section 46 of the Act.

There are 331 temples which qualify under this Section, and those temples earning more than ₹50 lakh a year number 47.

The previous committee had no such limitation. “The Government Order, to be issued shortly, will spell out the position,” the official added.

A former official of the Department of HR&CE explained that the State-level advisory committee would be useful as the political executive “would get to know the nuances of temple management,” besides receiving credible advice from experts.

It would be appropriate for the government to start the process of forming district committees too.

Former officials of the Department of HR&CE said the government should attach priority, among other matters, to the constitution of boards of trustees for several temples where Executive Officers or officers of a similar rank were now functioning as “fit persons”.

The government could consider having two selection committees, one to be headed by a High Court judge for major temples and the other by a principal district judge for medium-sized temples.

As prescribed in the Act for trustees, the chairpersons of the committees should be Hindus having “faith in God”.

Apart from the qualifications provided in the law, the trustees should be those who should have made sizeable donations to temples and should not depend on the temples for contracts or land lease, with no record of criminal cases, the former officials said.