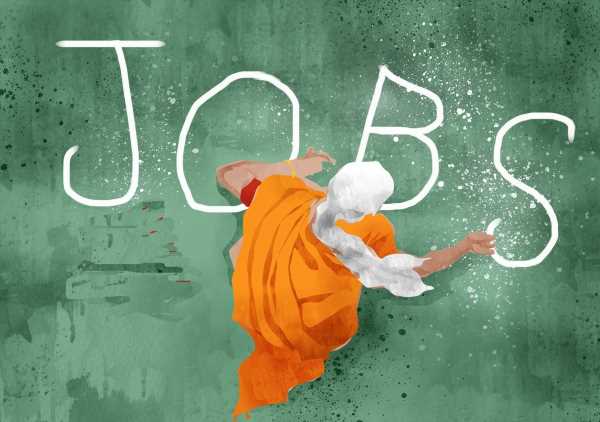 The Centre is in “mission mode” to fill vacancies in government departments and ministries. The Department of Expenditure is currently following up with other wings of the government to expedite pending appointments.

Regular follow-ups are being made to fill the vacant positions, so that the stated target of eliminating 1 million vacancies is met by December 2023, ahead of the next Lok Sabha elections.

Even as the nodal ministry for filling vacant positions in the government is the Department of Personnel and Training (DoPT), the Department of Expenditure’s Establishment Coordination (Personnel) division is providing support for the recruitment drive.

“The expenditure department has a complete database of vacancies in the central government and pay grades at which hiring can be made,” a senior official told Business Standard.

The department is sharing this data with the DoPT, which has been tasked with regularly following up with other departments on their hiring plans.

As on March 1, 2021, the number of persons employed by the Centre and Union Territories stood at 3.1 million, against the sanctioned strength of 4.1 million.

Vacant positions in government departments were 990,000 million, or 24 per cent of total sanctioned posts.

Circulars have started going out to various departments, including the ministry of finance, for hiring drivers, cleaners, and other Grade 4 staff members, the sources said.

The Centre is also pushing PSUs to ensure timely recruitment for vacant posts, including the ones reserved for socially backward classes.

Ministries and government departments have been told to direct PSUs under their administrative control to take effective steps in this direction through direct recruitment or promotions.

The DoPT has even issued instructions to launch special recruitment drives for covering the backlog of vacancies reserved for members of Scheduled Castes/Scheduled Tribes, and Other Backward Classes in the Union government-owned PSUs.

The Department of Public Enterprises (DPE) is also pushing government companies to ensure time-bound filling of these vacancies.

For this purpose, a Mission Recruitment Cell was constituted for central PSUs under the DPE last week.

Employment in PSUs has been declining since FY19. That year, PSUs employed 1.62 million people.