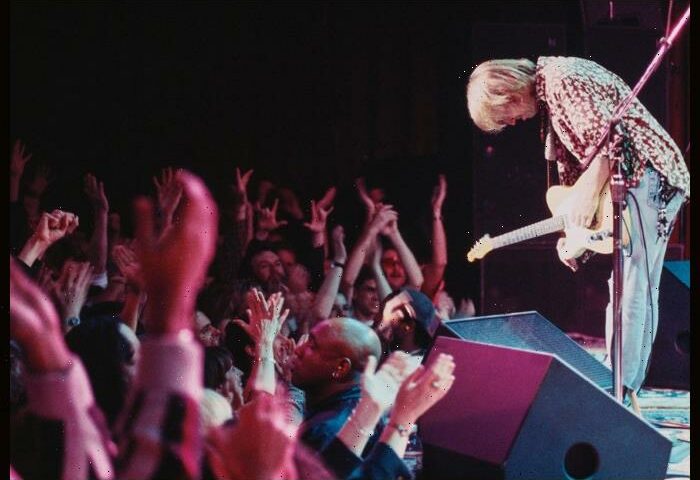 Tom Petty And The Heartbreakers are set to release a box set featuring their live performances during their 20-night 1997 residency at the Fillmore in San Francisco.

The Tom Petty and the Heartbreakers Live At The Fillmore box set will drop on November 25 via Warner Records. The collection will be available as a 4-CD or 6-LP deluxe edition as well as on 2-CDs, and 3-LPs.

The box set will feature recordings from the band’s residency at the Fillmore in San Francisco between January 10 and February 7, 1997.
They played dozens of songs during the run and recorded six of the shows.

“Playing the Fillmore in 1997 for a month was one of my favorite experiences as a musician in my whole life,” Heartbreakers guitarist Mike Campbell says. “The band was on fire and we changed the set list every night. The room and the crowd was spiritual … AND … we got to play with some amazing guests. I will always remember those nights with joy and inspiration.”

This is the first Heartbreakers live album since Petty’s death in 2017.