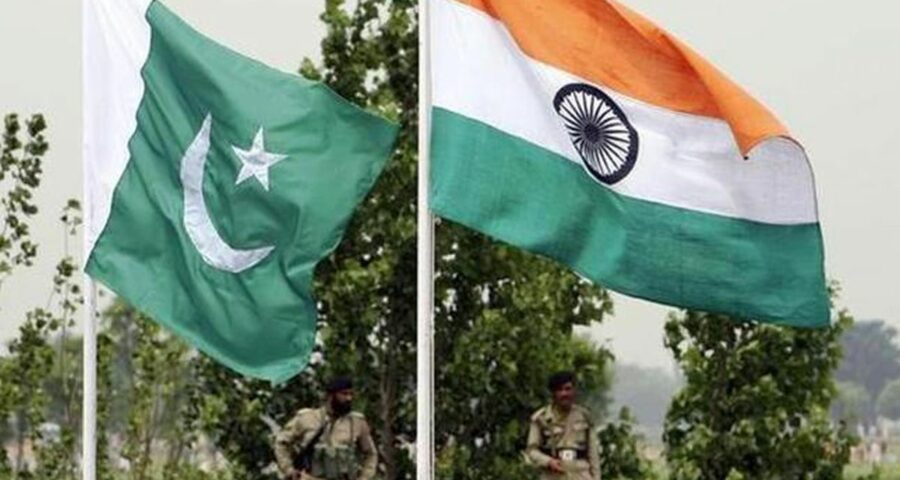 “Any attempt by militant groups to infiltrate will directly impinge on the ceasefire agreement.”

“How will the Indian Army distinguish whether fire from the other side is coming from militants or the Pakistan army? The Indian Army will have no option but to retaliate,” says Lieutenant General K Himalaya Singh, PVSM, UYSM, AVSM, YSM (retd).

The general has spent 14 years serving on the Line of Control in separate tenures during a military career spanning 40 years. He led an infantry battalion during the Kargil War and commanded an infantry division and a corps at the LoC.

He has overseen counter terrorist operations in Jammu and Kashmir and has written a book Romancing the LoC based on his experiences.

General Singh tells Rediff.com‘s Archana Masih that although the ceasefire on the LoC should be welcomed, there is always an element of doubt whether Pakistan will adhere to the agreement.

As someone who served nearly 14 years at different times on LoC, how do you view the ceasefire that was announced last week?

I welcome the ceasefire. It is very good development, but my concern is that ceasefire agreements in the past have not been adhered to which have resulted in 26/11 Mumbai attacks and many other landmark acts of terror that have nullified the agreement.

Hence, it is to be seen whether the Pakistan army will be able to control the terror groups or be influenced by them. That is the only question mark in my mind, but I hope the ceasefire will hold on.

Pakistan’s army is badly over-stretched, its economy is in a dire state and they are under tremendous international pressure to act against the terrorist groups — these factors may put pressure on them to maintain the ceasefire.

But there will always remain an element of doubt since Pakistan has violated the ceasefire many times in the past.

What can be done to make this ceasefire a success?

The ceasefire agreement is with the Pakistan army. The military level agreement between both the DGMOs obviously has the blessings from the highest political authorities of both countries.

Any attempt by the militant groups to infiltrate will directly impinge on the ceasefire agreement because the Indian Army will continue its massive operations to stop the infiltration.

The crux is will the Pakistan army be able to control militant groups?

Secondly, I strongly recommend that some kind of a formal agreement comes into play between the two countries after some time. Although the military level agreement has political endorsement, it must gradually graduate into a concrete understanding at the political and economic level.

Only then will the ceasefire be adhered to seriously.

We must see the ground situation and move towards political discussions thereafter.

What do you think brought about this ceasefire?

A stable LoC is in India’s interest also. An unstable LoC can create many problems, a small incident can trigger major strategic outcomes.

You have seen how the retaliation to the Pulwama attack on CRPF personnel led to the Balakot air strike. That is indicative of how an incident on the LoC can have significant strategic implications.

Any ceasefire violation by Pakistan results in a very heavy, very heavy punishment from the Indian Army which has an adverse impact on the Pakistan army.

I give credit to the Indian Army’s tough retaliation which has compelled the Pakistan army to a ceasefire, coupled with the internal dynamics within Pakistan.

So, I think it is a tactical move on their part.

Can you explain what does a ceasefire on the LoC mean when translated on the actual situation on the ground?

No country deploys its army to guard an established border. Hence, while the BSF guards the border in Punjab and Rajasthan, the LoC is guarded by the army because it is not an established, mutually agreed border.

In fact both armies are in an eyeball to eyeball situation which can lead to many mistakes of perception and there are many infiltration attempts.

There is mechanism for peace and tranquility on the LoC. We have written documents under the Simla agreement of 1972 which Pakistan refuses to recognise today.

The Simla Agreement was signed between then prime minister Indira Gandhi with her counterpart ZA Bhutto and is the last bilateral agreement about the LoC.

The Pakistani establishment doesn’t adhere to the Simla Agreement because its military feels if they do so it will de facto impact the so called Kashmiri freedom movement.

The Simla Agreement also lays down the rules for both the armies — how they must behave on the LoC, but this effectively came to a nought when militancy started in J&K around the 1990s. The Indian Army has no other option, but to shoot infiltrators.

In layman’s terms a ceasefire means that the two armies don’t fight or kill each other and status quo is maintained till a permanent solution is found by both governments.

That would mean a stop to cross-border shelling that causes much harm to the army as well civilians.

Yes, a halt in shelling, firing missiles, rockets or guns, etc. However, when there is a violation from the other side, we cannot distinguish between the militants and Pak army. The Indian Army will have to retaliate to whoever is firing from the other side.

How will ceasefire change the ground position on the LoC?

Any commander in J&K deployed on LoC knows that the DGMOs understanding is endorsed by the highest political authority and therefore, will adhere to it.

Therefore, there will a significant improvement on the ground, barring situations where militant groups may try to make infiltration bids because it is in their interest to keep the Kashmir issue boiling.

One of the ways to keep the Kashmir issue on the boil is to keep creating problems on the LoC and in the hinterland.

If you recollect, President Clinton had described the LoC as the most dangerous place on earth. It is indeed a very, very sensitive and tricky area.

Both the armies have very clear lines of communication, understanding and a mechanism of immediate clarification of any problems.

We will be able to assess the ground situation in the days ahead. We have means of surveillance via satellites and other means to find out if the Pakistan army is operating with militants or not.