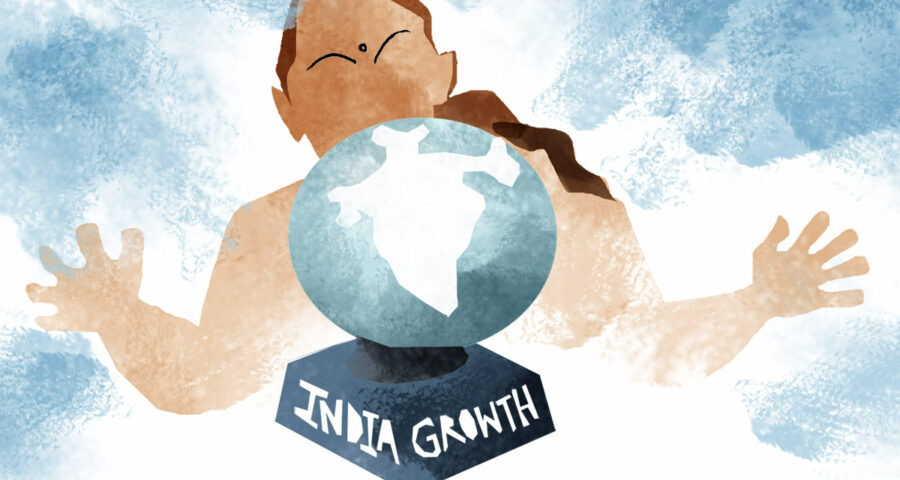 If that happens, India’s economic size will be just shy of $20 trillion and its annual per capita income will be about $10,000, when the country celebrates its centenary of independence.

Bibek Debroy, chairman of the Economic Advisory Council to the Prime Minister, said on Tuesday that India will become an upper-middle-income country by 2047 even if the real gross domestic product (GDP) grows at a “relatively conservative” rate of 7-7.5 per cent in the next 25 years.

If that happens, India’s economic size will be just shy of $20 trillion and its annual per capita income will be about $10,000, when the country celebrates its centenary of independence.

Though 7-7.5 per cent growth does not seem too high, maintaining this for 25 years is a tough task, as is shown by empirical data. India’s GDP grew at an average annual growth rate of six per cent from financial year 1997-98 to 2021-22.

In fact, the country’s GDP has grown at an average rate of 7 per cent or more for five years in a row only once in the last 30 years or since the country took a gigantic step to open its economy in 1991-92.

The economy grew by merely 3.8 per cent a year before that five-year period in FY03 and bit higher at 4.3 per cent in the year immediately after that period ended in FY09, when the economy faced the ripple effects of the global financial crisis triggered by the sub-prime crisis and collapse of Lehman Brothers.

One may argue that talking about average annual growth does not mean that every year has to produce a growth rate of 7-7.5 per cent. Some years may witness a higher growth rate and some lower, but the average may still be in this range.

But this is not the case for the Indian economy in the last 25 years, which grew at an annual rate of 6 per cent since FY98. One may say that the difference between 6 per cent and 7-7.5 per cent is not much. But the difference is large when compounded over 25 years.

That is what Debroy was alluding to when he said that the nature of exponential function is such that even if you are relatively conservative about real rates of growth, India would not do that badly.

In fact, Debroy had a query for those who make predictions.

“Certainly the track record of economists who make predictions is not very good unless they post-facto rationalise why their predictions went wrong in the first place,” he said.

He buttressed it further — 25 years ago in 1997 had people been asked what would happen in 2022, no one would have got it right.

“Did you know Rishabh Pant would become a great cricketer? No, Rishabh Pant had just been born in 1997,” he said referring to the Indian cricketer.