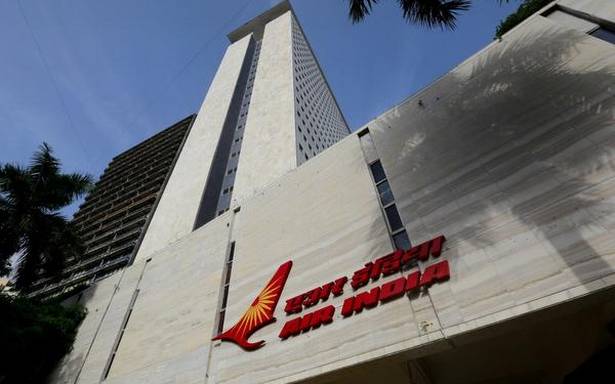 The move ratchets up pressure on the Union govt to pay the sum of $1.2 billion plus interest and costs that Cairn Energy was awarded by an arbitration tribunal in December

Cairn Energy confirmed on Saturday that it had taken fresh legal steps to enforce the $1.2 billion international arbitration award it has won against India in a tax dispute involving retrospective taxation, by seeking to make the country’s national carrier Air India liable for paying the damages in an U.S. Court.

“This decision was taken by the Board of Cairn Energy last week to protect shareholders’ interests — it is a preliminary step,” a Cairn official told The Hindu.

“Cairn is taking the necessary legal steps to protect shareholders’ interests in the absence of a resolution to the arbitral award. Cairn remains open to continuing constructive dialogue with the Government of India to arrive at a satisfactory outcome to this long-running issue,” he added, suggesting the company is still open to talks with the government to resolve the dispute.

Earlier, Reuters reported that Cairn had filed a lawsuit on Friday in the U.S. District Court for the Southern District of New York, seeking to make Air India liable for the judgment it was awarded. The lawsuit argued that the carrier, as a state-owned company, is “legally indistinct from the state itself”.

“The nominal distinction between India and Air India is illusory and serves only to aid India in improperly shielding its assets from creditors like (Cairn),” the filing said.

The action against Air India could put a roadblock on its disinvestment process as the government was hoping to conclude the debt-ridden carrier’s sale by September this year. Timelines may also get affected in the proposed transaction by the second wave of the COVID-19 pandemic.

“The government or public sector entities have not received any such notice,” said a source when asked about the Cairn filing against Air India. “As and when any such notice is received, the Government or concerned organisation shall take all necessary steps to defend against any such illegal enforcement action,” he said.

The Centre has challenged the December 2020 arbitration tribunal award in favour of Cairn in an appropriate court in The Hague.

“The government is confident that the award will be set aside. The government has also engaged a counsel team which is ready to defend against any enforcement action if and when initiated by Cairn anywhere in the world,” the official said.

In January, Cairn Energy’s top leadership had said the “necessary preparations have been put in place” for the Tribunal verdict to be “enforced against Indian assets in numerous jurisdictions around the world” if India fails to discuss paying the amount awarded. The assets under consideration at the time included Embassy bank accounts, non-diplomatic premises, Air India planes and state-owned ships in several places including the UK, Holland, France, Canada and the U.S.

The last precedents for a similar action include the seizure of a Pakistan International Airlines plane in Malaysia this January over a dispute with an Irish company, or a Venezuelan ship’s seizure ordered by a court in favour of U.S. company ConocoPhillips in 2018.