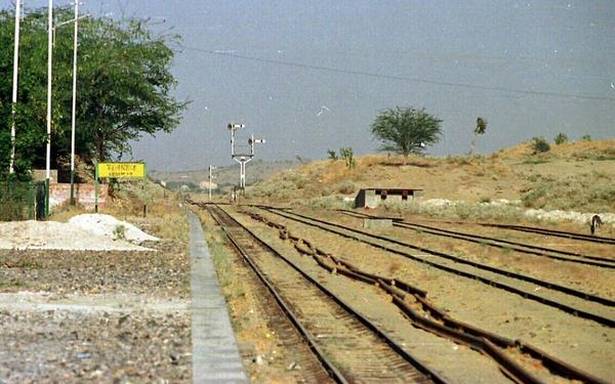 He ‘inadvertently’ crossed the international border and reached Barmer sector

The BSF on Saturday said it has handed over an eight-year-old boy to Pakistani rangers, after he inadvertently crossed the international border (IB) and reached the Barmer sector.

The incident took place at the security fence near the outpost of Somrar in Rajasthan on Friday, officials said.

“As a goodwill gesture, the BSF on Friday handed over a Pakistani minor boy in a flag meeting with Pakistan Rangers,” the BSF said in a statement.

“On April 2, Karim s/o Yamanu, age approximately eight years, had inadvertently crossed the IB, entered Indian territory and reached up to BS [border security] fence near border outpost Somrar of Barmer sector,” it said. He was spotted by alert troops who asked him to go back. Seeing men in uniform, the boy started crying. But the BSF men calmed him and gave him some eatables and water, the BSF said.

The boy seemed to have lost his way as the nearest Pakistan village Somrar is about 3 km from the place, where he was spotted. “Soon, on the directions of headquarters, a flag meeting was held with Pakistan Rangers and the minor boy was handed over to them,” the statement said.