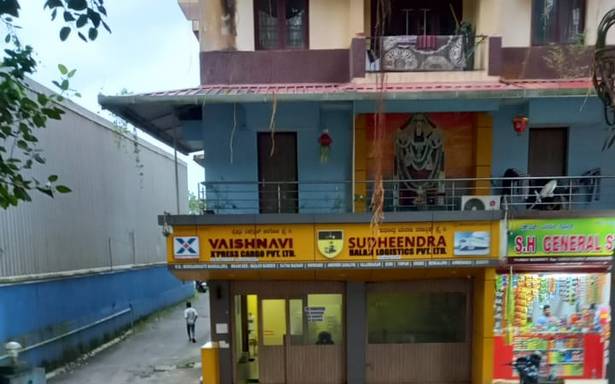 The 16-year-old boy, who was hit by a bullet when his father Rajesh Prabhu opened fire at two of his employees on October 5, passed away at a private hospital in Mangaluru on October 8.

Police Commissioner N. Shashi Kumar said that the boy died around 5 a.m. He was a class 10 student. The body was taken to the mortuary at the Government Wenlock Hospital for post-mortem.

Police said that when Rajesh Prabhu had opened fire outside his logistics firm, Vaishnavi X’press Cargo Private Limited at Morgan’s Gate, with a licenced weapon, he missed the target (two employees). One of the bullets hit the head of his son Sudheendra. Rajesh Prabhu was arrested on October 7.

On the night of October 5, Rajesh Prabhu complained of chest pain and was admitted to the private hospital where Sudheendra was undergoing treatment. After being discharged on October 7, police said, he was arrested for offences under Sections 307 (attempt to murder), 308 (attempt to commit culpable homicide) of Indian Penal Code, and Section 30 of the Arms Act.

When he was produced in the II JMFC court, his counsel filed an application seeking permission to admit his client to a hospital for further treatment. The court granted permission and he was re-admitted to the private hospital.

Earlier on October 5, Rajesh Prabhu and Sudheendra went to the office on learning that two employees had a heated exchange of words with Rajesh Prabhu’s wife Shantala over payment of ₹4,000. While Sudheendra had allegedly slapped the duo, Rajesh Prabhu reportedly opened two rounds of fire with his licenced 0.32 bore pistol. One of the bullets hit Sudheendra on the head.