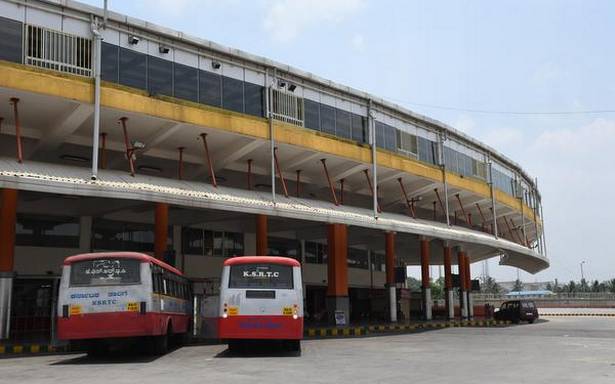 The terminal, for which the corporation had spent ₹40 crore, started functioning more than seven years ago and remained underutilised due to poor footfall. It is located 800 metres away from the Tumakuru Road and lack of connectivity is a major hurdle for not getting enough footfall.

Realising that the terminal is turning into a dead investment, the KSRTC had asked the BMRCL to give a metro stoppage by building a metro station close to the terminal hoping that this would help in increasing the footfall.

Shivyogi C. Kalasad, MD, KSRTC said, “We had multiple rounds of meetings with the BMRCL officials on providing a metro link to the terminal. Providing a metro stoppage would help people to reach the terminal. We are taking all measures to increase the footfalls and efforts are being made to use the commercial spaces.”

The MD also claimed that the BMRCL has in principle approved a proposal to construct the station.

In the past, the KSRTC made multiple attempts to start bus services from the terminal to various points and inter-State services, but failed to attract passengers.

On KSRTC’s suggestion to build a metro station near the terminal, MD of the BMRCL Anjum Parwez said , “The feasibility of the proposal is being studied. There are many issues we need to look into; building a station requires an investment of ₹ 230 crore. Giving a metro stoppage would result in more travel time for people who travel towards Nagasandra. We have a Peenya metro depot near the terminal which has been operational for years. Presence of sharp curves is another challenge to connect the terminal area. Our team is studying the issue, we will take further action based on the findings.”

He added that running free shuttle service from existing metro stations would help increase the footfall at the KSRTC terminal. At present, passengers have to take a long walk from Jalahalli metro station to reach the terminal point as the distance is over one kilometre.