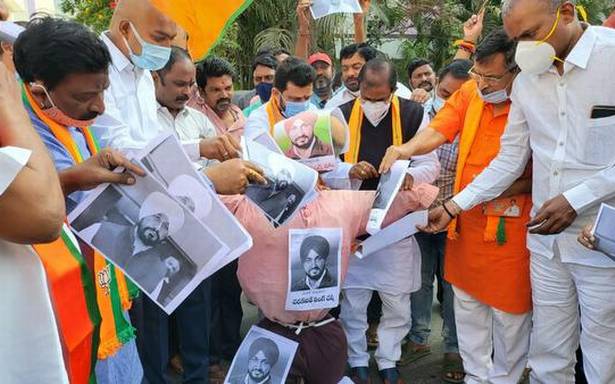 Mr. Veerraju said Mr. Modi’s life was under threat and called upon the members of Mahila Morcha to perform ‘Maha mrutyunjaya homam’ across the State praying for the Prime Minister’s safety.

He exhorted the Yuva Morcha and OBC Morcha to expose the Congress party’s conspiracy behind what was being perceived to be a failure of the police.

Workers of the Congress staged a demonstration at the party office Andhra Ratna Bhavan in protest against the BJP leaders burning the effigy of Punjab Chief Minister Charanjit Singh Channi.

Earlier in the day, State Congress president S. Sailajanath said the farmers had blocked the Prime Minister’s convoy to protest against “the Modi government that had caused the death of many farmers”.