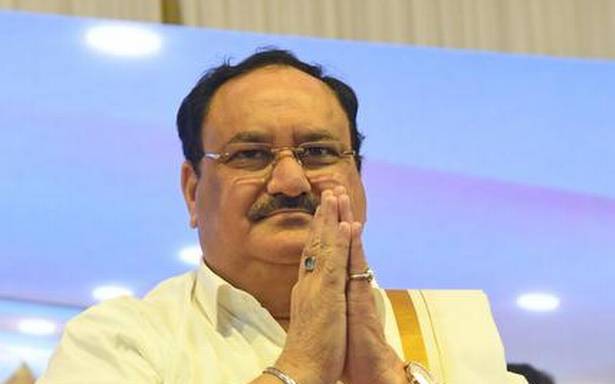 BJP national president J.P. Nadda on Saturday officially announced that the party would fight the upcoming Assembly elections in Tamil Nadu with the ruling AIADMK.

Kick-starting the party’s election campaign from Madurai, Mr. Nadda declared that the BJP has decided to go along with AIADMK and other like-minded parties in the coming elections. He said the AIADMK had regional aspirations along with assimilation for national aspirations.

The BJP will see to it that there is a nation-wide development along with development for Tamil Nadu. “Past experiences showed that Prime Minister Narendra Modi has taken care of development of Tamil Nadu,” he said.

The Prime Minister has showed “dynamic leadership quality” in COVID-19 management, vaccination and security of the nation.

Stating that Tamil Nadu needed mainstreaming, he said that it was possible only with BJP. All the issues faced by the State can be addressed by Mr. Modi.

Mr .Nadda listed out various benefits Tamil Nadu had enjoyed under the Modi Government. “With the right person in the right place, right decisions are being taken,” he said.

According to him, Tamil Nadu had got good share of funds under various schemes like Swachh Bharat, Jan Dhan and PM’s Ujjwala scheme that were meant for the empowerment of women and the common man. The needs of Tamil Nadu were taken care of through big projects like metro rail, monorail, ₹20,000 crore investment in railways, 12 smart cities and AIIMS.

Besides spending ₹1,200 crore on AIIMS at Madurai, the Centre will be incurring a recurring annual expenditure of ₹2,000 crore on it. “A total of 100 medical students and 100 paramedical students would pass out every year from AIIMS,” he added.

The BJP leader claimed that the DMK was anti-Tamil culture and anti-national as it would reject all national inspirations and not support them.

Mr. Nadda believed that DMK leader M.K. Stalin, who had ignored sporting kumkum in the past, was forced by the BJP to hold vel in his hands.

BJP was committed to protect Tamilian culture, he said.