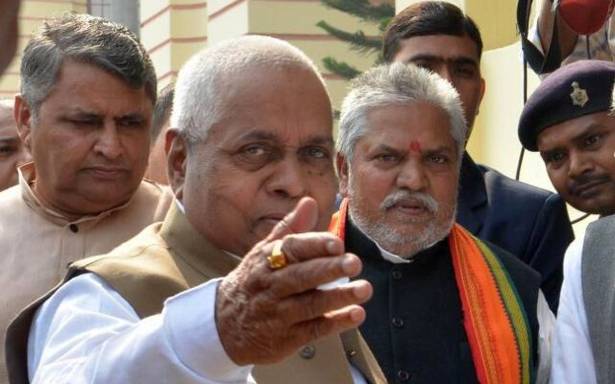 He was a nine-time MLA from Kahalgaon seat in Bhagalpur

Senior Congress leader from Bihar Sadanand Singh died on Wednesday, September 8, 2021, after a prolonged illness. He had been undergoing treatment at a private hospital in Patna for the last two months.

Singh was a Congress Legislative Party leader in the Bihar Assembly and nine-time MLA from the Kahalgaon constituency in Bhagalpur. He was a former minister and Speaker of the Assembly as well.

In the 2020 Assembly election in Bihar, he named his son Subhanand Mukesh to contest from his traditional Kahalgaon seat. His son lost to the BJP’s Pawan Kumar Yadav.

Senior political leaders of the State cutting across party lines condoled the death of Singh.

“With his death, a political era in the State has come to an end”, Bihar Congress president Madan Mohan Jha said.

Leader of the Opposition and RJD leader Tejashwi Yadav, party chief Lalu Prasad and former Chief Minister Rabri Devi too condoled the death of Singh and remembered him as a “grassroots leader whose ability to run the party was unparalleled”.