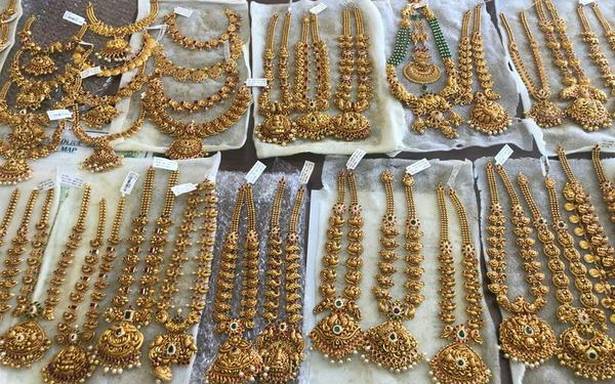 Business has recovered to better than 2019 levels, say jewellers

Gold traders in the city have reported a 10 to 15% surge in sales both in value and volume in the last one month, a trend mostly seen by the entire trading community that comprises over 50,000 jewellers in the city, according to industry watchers.

“Gold suddenly has become the new currency for many people as they slowly come out of the pandemic. The customer profile has rapidly expanded. Earlier, it was mostly traditional wedding customers and families, but now youngsters, pensioners, and the elderly are showing interest in investing in gold, a trend the industry hasn’t seen,” obsevered Dinesh Pagariya, former director, Jewellers’ Association, and MD of JJJ Jewellers in the city.

According to Mr. Pagariya, the business has recovered to better than 2019 levels for most jewellers in the city as gold is seen as the most reliable and growing asset class, and more so after the pandemic.

Confirming the trend, Ravi Kumar, President of the Jewellers’ Association, said, “Business is coming back, it has picked up momentum, and we expect it to continue beyond the current season.”

On what is driving the gold rush, Mr. Pagariya said fixed deposits in banks were not yielding any decent interest, the stock market was extremely volatile, and most ordinary investors got overwhelmed by the way the securities market behaved.

“This made gold a reliable, safe, and fast-growing asset class. For instance, a gram of gold was ₹3,500 during Diwali in 2019 and now, it’s hovering around ₹5,000, which is well over 40% growth. No other investment gives such huge returns today, other than gold,” he added.

In fact, most gold merchants were expecting a poor customer turnout and lower sales this season. However, surprisingly, the markets saw a reversal of trend, according to traders Chickpet and Basavanagudi.

“Once the pandemic hit, we were certain that the demand for gold will deplete, and the market will never recover. This sudden recovery has surprised us,” said sales staff at a leading city jewellery store.

Deepu Antony, marketing head at Jos Alukkas, said gold sales were witnessing a significant uptick in Karnataka, in terms of the number of footfalls, enquiries, conversions and sales volumes.

“People are out to shop. We are witnessing a significant momentum in sales in all our outlets in Bengaluru, Mysuru, Udupi, Puthur, and other places in the State. Karnataka and Andhra Pradesh seem to be ushering in the recovery of the retail gold market for the entire south while Kerala and Tamil Nadu are yet to warm up.”