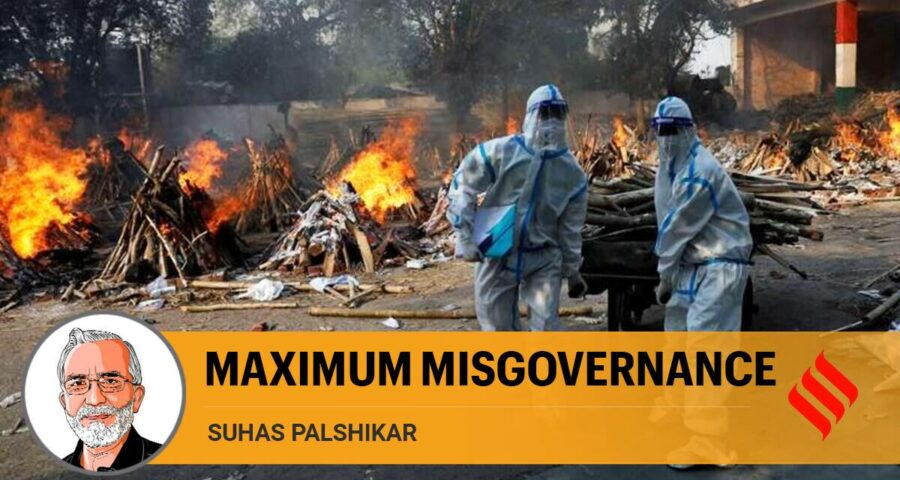 From a long and inhuman lockdown to political blame game and one-upmanship, here are five instances of misgovernance during the last 15 months 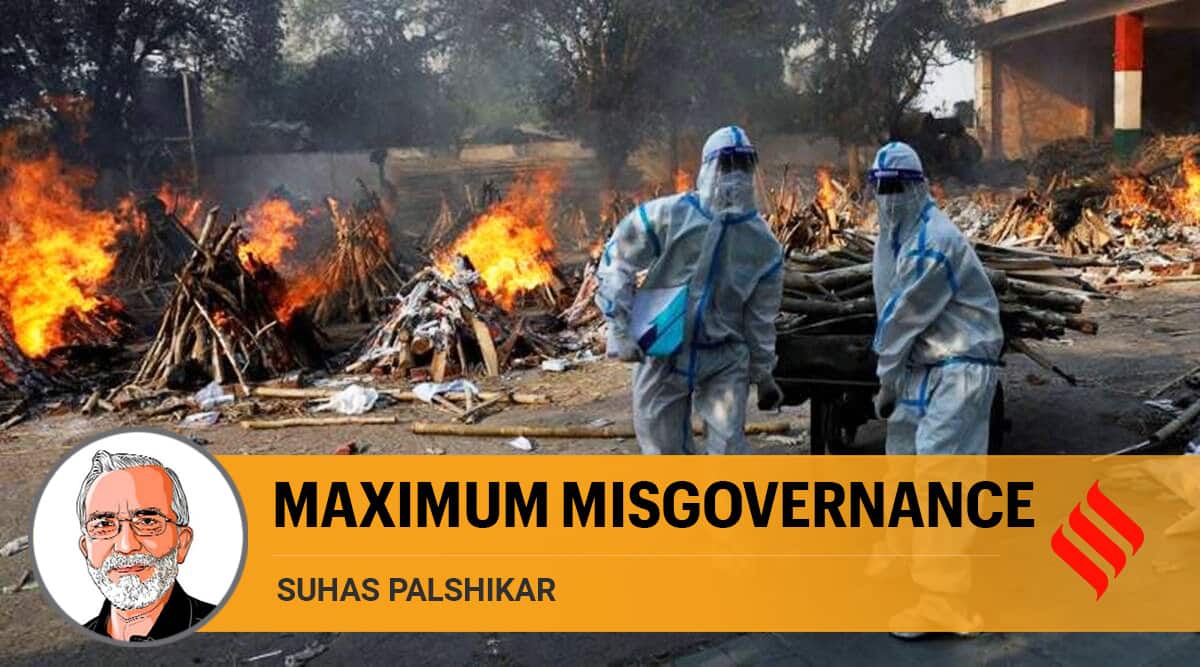 As the distress reaches epochal proportions, it may force our attention on questions of human suffering and immediate relief. However, the monumental failure of governance cannot be hidden behind moments of grief or waves of self-pity. It will be nobody’s case that we as a society are blameless, nor that there were no structural constraints to the handling of the pandemic. But the history of this pandemic will have to clearly shout out the key failure — the failure of governance. Governance, despite much scholarship, continues to be an enigmatic term. The pandemic has brought forward in a stark manner, however, the opposite of governance: Misgovernance.

Within a span of 15 months, our government has presented a textbook lesson in misgovernance. The pandemic was not going to be an easy affair, it was bound to be an ordeal for any government and “mistakes” were bound to happen. But precisely because of that, wisdom was in not claiming wisdom. As India gropes for a glimmer of light, it is important to frankly list out at least five instances that must haunt any ruler left with an iota of conscience.

First, we began with a long and inhuman lockdown. It looked good because the pandemic had yet to grip us fully. The lockdown also looked good because in the recent past, our public sensibility has been nourished on the diet of being an aspirational middle class society. Therefore, every segment began clapping in celebration of the lockdown. We were afflicted by amnesia about how many people earn on the basis of daily wages. If “preparation” for the health crisis was the objective, we do not know what preparations happened during the long and extended lockdown, or why those have failed today.

If the lockdown in March 2020 was a knee-jerk reaction, it was supported by a weak legal instrument. One may argue that there was no alternative but to invoke the century-old epidemic diseases act and disaster management act. But 15 months down the line, there is still no discussion of a more relevant and more humane legal framework that will enable the government to handle epidemics without harassing citizens. If the enforcement of the lockdown was characteristic of a middle class mentality dominating governance, the absence of any thinking and action on the legal framework represents cynicism about legal instruments of governance.

Third, both pre-budget and budgetary provisions for economic safety, relief and protection have been far too inadequate, mired in misleading numbers and unnecessarily centralised. What should have been a component of the early announcement of lockdown, came months later and without clarity about the source of funds and modality of utilisation. By then, on the twin axes of harshness of lockdown and adequacy/inadequacy of relief, India’s policy left much to be improved.

All these three instances of mishandling point to an imaginary division between governance and democracy. The non-sense of the past two decades called “good governance” had prodded administrators, analysts and the general public into believing that good governance is only about outcomes, and less about procedures. The primary lesson is that governance is so called only when its delivery and authority are practised democratically.

Four, knowing full well that vaccination can be a mid-term method to handle the crisis, our government waited too long to roll out the vaccine policy. Initial haste was followed by prevarication about which vaccine, to whom and when. We shall not know the details of vaccine-diplomacy and what it yielded, but we know by experience that what followed is vaccine chaos. That chaos is further compounded by a complex and multi-layered pricing policy. So, we are now caught between the populist attraction of “free-vaccine-to-all” and a very real scenario of vaccine-to-the-middle-class-only.

Finally, 15 months later, what is our preparedness in terms of health infrastructure? Most states have taken recourse to temporary “jumbo” facilities which do not even serve the current purpose. Publicity that railway coaches are turned into temporary Covid shelters may be good PR, but that surely is not health infrastructure. While it does take time to be built, collective policy imagination lacks determination to improve health infrastructure for the citizens. Neither long-term plans nor new budget provisions have emerged from this crisis. The second wave proved much more fearsome because we had only makeshift shelters erected earlier which were then “closed” down and were often not usable when the second wave came.

Misgovernance often looks for tactical distractions. Just as the above instances are unforgivable, the distractions, which in ordinary times might seem laughable at best and cynical at worst, only become additional sins in the current tragedy. The approach to handling the pandemic remained that of event management. There was no dearth of cheerleaders for this approach and all those who encouraged it have blood on their hands. Then, huge resources flowed in to the PM CARES but quickly this fund was firewalled and we simply do not know how much money went into it, who decided on its use and what use it was put to. This is not just about transparency, it is also about how we understand governance. Similarly, in the midst of the economic slowdown came the distraction of “atma-nirbhar”. While there can always be a healthy debate on the extent and use of self-reliance, the timing was curious and avoidable.

But, more generally, this distraction only reflected the overall abdication by the Centre. Post-lockdown, the pandemic disappeared from its public communication. Suddenly, everything was dumped into the laps of the states. At any point, such a large-scale human tragedy required statesmanship, partnership and collaboration. But misgovernance began with a one-way street to salvation in the early stages and then degenerated into a dirty blame game. While one layer of this blame game is party-based, the larger part is structural — how the Centre and the states should have joined hands. When narrow politics dominates, governance turns into continuous one-upmanship. When one party begins doing that, the temptation of doing the same becomes attractive for other parties too, consolidating the syndrome.

The last resort of misgovernance is to penalise the citizen and the political opponent. We have now entered that stage with threats of seizure of property for criticism of the mistakes and misdoings and probably even for stating the facts. Authoritarian rule is the quick but durable outcome of misgovernance and the pandemic has shown this the hard way.

This column first appeared in the print edition on April 30, 2021 under the title ‘Maximum misgovernance’. The writer, based at Pune, taught political science and is currently chief editor, Studies in Indian Politics.