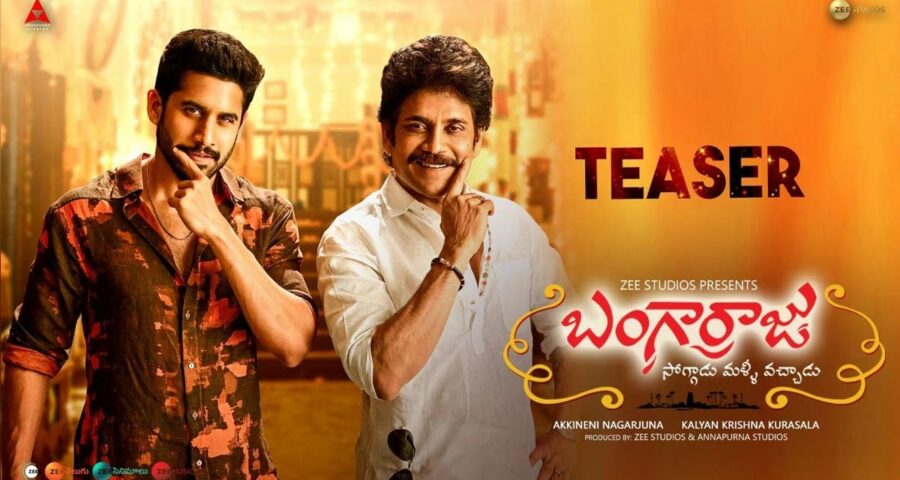 Today on the occasion of New year, the makers of Bangarraju released a new teaser. It is a visual treat for Akkineni fans as Naga Chaitanya seems to be a carbon copy of his dad Nagarjuna.  The teaser promises  romance, fun, thriller and action.  The teaser started with the introduction of Nagarjuna who lands in his home. Krithi Shetty is seen as the village president and Naga Chaitanya tries to impress her.

Nagarjuna and Ramya Krishna are  reprising their characters from the original film and  the upcoming film also  features Naga Chaitanya and Krithi Shetty in pivotal roles. It also has Chalapathi Rao, Rao Ramesh, Brahmaji, Vennela Kishore and Jhansi among others.

The much awaited drama is being bankrolled by Annapurna Studios and Zee Studios,  whereas it has the  music by Anup Rubens.  Bangarraju will be Naga Chaitanya’s first release since he announced his split with  wife Samantha Ruth Prabhu. The couple ended their marriage and made an official announcement regarding it on 2nd October.

On the otherside,  Naga Chaitanya is currently working with Vikram K Kumar  for his next whereas Nagarjuna is also busy in the shoot of The Ghost.