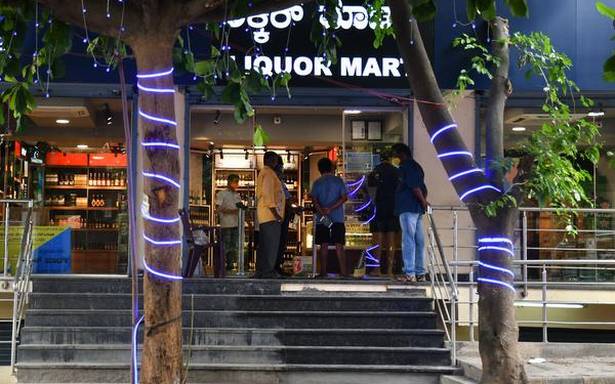 In the interest of maintaining law and order, the city police and district administration have banned the sale of liquor in Bengaluru Urban district.

An order issued by City Police Commissioner Kamal Pant said the sale of liquor in all bars, restaurants, wine shops and other establishments has been banned from October 29 to October 31 midnight. The decision has been taken to protect the law and order situation and avoid any untoward incidents by anti-social elements, the order said.

After the death of actor Puneeth Rajkumar, commercial establishments in several parts of the city were closed. Many shopkeepers said they were forced to shut by some groups of people.

Meanwhile, the Bengaluru City Police, in a social media message, appealed to the public not to believe any rumours and not to engage in any kind of rumour mongering. “Everything is under control. Bengaluru City Police assures peace and law and order in our city,” it said.

Madiwala police constable Ganesh Nayak, who was deployed near Mallya junction for crowd control duty, fractured his leg when a crowd stormed into the Kanteerava stadium to pay their last respects to the actor. While controlling the crowd, he lost balance, fell and fractured his leg. He was taken to Mallya hospital for treatment, the police said.

As a precautionary measure, many schools and colleges let off students early in the day even before the actor’s death was officially announced. Most schools asked parents to pick up their children.

The Recognised Unaided Private Schools Association (RUPSA) has declared holiday for their member schools, but D. Shashi Kumar, general secretary, Associated Managements of Primary and Secondary Schools in Karnataka said schools would have to take a call based on the local situation.