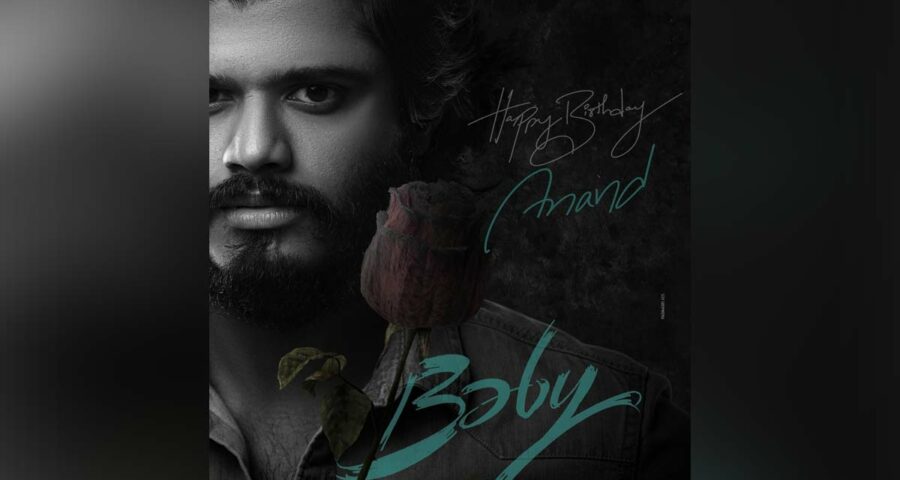 The young and talented actor  Anand Deverakonda, is currently working for his upcoming film Baby. The movie was launched in the month of October last year in Hyderabad with a formal pooja ceremony. And today on the occasion of Anand Deverakonda’ birthday, the makers of Baby  released the first look poster  of the actor from the film which is grabbing the attention of many.

The upcoming Telugu drama Baby will be helmed is being directed by Colour Photo producer Sai Rajesh and bankrolled by Taxiwaala and Manchi Rojulochaie’s producer SKN under the Mass Movie Makers banner. Vaishnavi Chaitanya  has  been brought on board to play the female lead.

Coming on the first look poster of Baby, Anand Deverakonda is seen holding a rose with an intense look. The poster design looks very interesting. Baby is a romantic drama which has a young hero Viraj Ashwin.

Anand Deverakonda was last seen playing the lead role in romantic and comedy movie  Pushpaka Vimanam  which was all about the story of a middle class guy, who was a government teacher,  tied the knot with Meenakshi and got ready for the honeymoon but  he came up against a strangely unusual situation after his wife  eloped with someone.