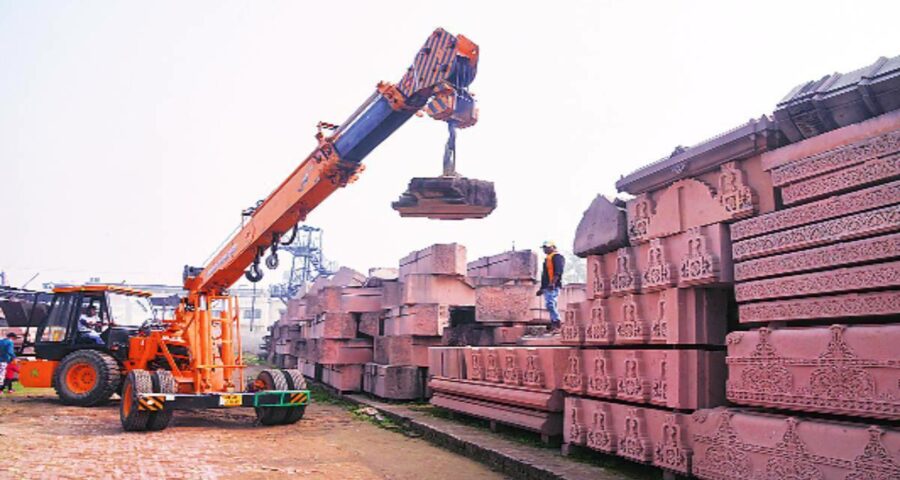 The challenges, said sources, were three-fold – the loose nature of soil, proximity of the river Sarayu to the project site and possibility of underground water channels being present. ENGINEERING EXPERTS engaged in the construction of the Ram Temple in Ayodhya have dropped the initial plan to erect the temple structure on pillars because of on-site challenges, and have now decided to build it on a foundation made up of layers of plain cement concrete poured 35-40 feet deep into the earth.

The challenges, said sources, were three-fold – the loose nature of soil, proximity of the river Sarayu to the project site and possibility of underground water channels being present.

Initially, the plan was to erect the structure on hundreds of pillars, extending underground up to the height of a three-storey building. But when the test piling was done and weight equivalent to that of the planned structure was placed over it, the columns gave in, said sources. They also failed seismic tests.

The NGRI team studied the various aspects and finally it was decided that instead of the pillars, an area measuring approximately 10,000 square feet – the total carpet area of the shrine complex – would be cleared of soil and other debris up to a depth of about 35-40 feet. This trench will then be filled with layers of plain cement concrete and the temple structure built over it.

The sources said the decision to use plain cement concrete, which does not use steel bars, in place of reinforced cement concrete, which uses such bars, was deliberate. Steel has limited lifespan, while concrete has more life and the stones which will go into the temple structure will have an even greater life span. To increase the longevity of the structure, it was decided to avoid steel bars, the sources said. Also, the proportion of cement in the concrete will be kept at the bare minimum and more fly ash and silica will be added to it, they said.

The clearing of the debris started in January this year and is expected to be completed over this week, the sources said.

A senior functionary associated with the temple project said that the structure which existed at the site before, as revealed in the excavation by the Archeological Survey of India in 2003, had foundation walls as thick as 1.7 metre.