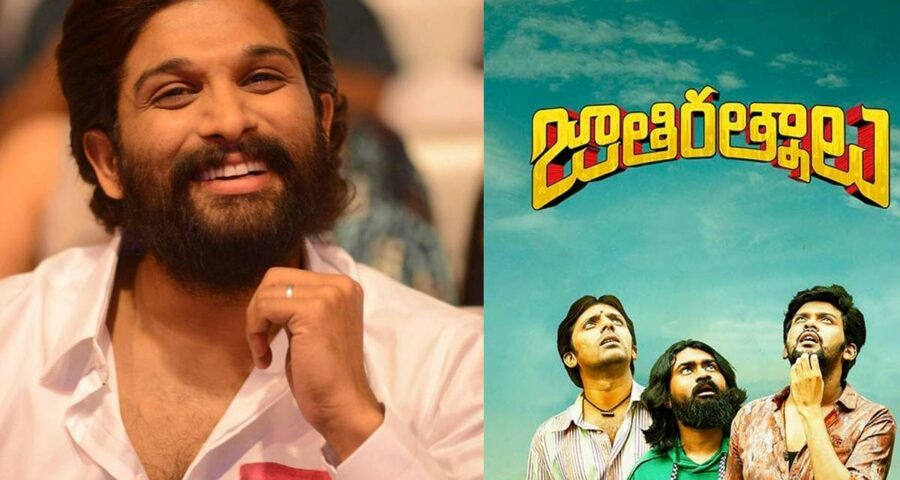 Stylish Star Allu Arjun watched the hilarious entertainer Jathi Ratnalu starring Naveen Polishetty, Rahul Ramakrishna, Priyadarshi and Faria Abdullah, which was arrived at the theaters  yesterday. After watching the movie Jathi Ratnalu, Allu Arjun took to his twitter  to share the review on this film and  he also showered the praises on the entire cast and crew of the film.

Pushpa star Allu Arjun said, “Watched  Jathi Ratnalu last night . Congratulations to the whole team. Hilarious movie. I have not laughed soo much in recent years that much.” About Naveen Polishety, Bunny said that he rocked the show with stellar performance. Rise of a new age stunning performer.  About Rahul Ramakrishna, Allu Arjun said that he was brilliant and effortless.

Sarrainodu star also praised the performance of Priyadarshi, Faria Abdullah and all the artists, and added,  “Congratulations to all the technicians and  nice music by  Radhan. My respect to the producers  Nag Ashwin, Swapna cinema,  Priyanka Dutt and Dutt garu for their conviction. And last and the most important my respect to the director  Anudeep for entertaining everyone. Everybody “switch off your brains , watch the movie and enjoy the fun.”

On the work front, Allu Arjun is currently working with  Rashmika Mandanna in Pushpa in which he is playing a lorry driver.