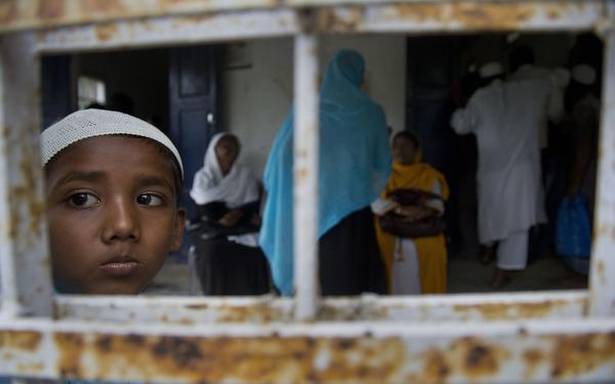 Assamese Muslims have decided to prepare their own “mini NRC” in order to distinguish the indigenous followers of Islam from Bengal-origin migrant Muslims residing in Assam.

This, the Janagosthiya Samannay Parishad (JSP) said, was necessary to “overcome an identity crisis” indigenous Assamese Muslims have been facing because of being bracketed with migrant Muslims. It has created a portal where Assamese Muslims must submit relevant documents for this purpose.

The Goriya converted from various indigenous groups and tribes, the Moriya’s ancestors were brought by the Ahom kings to make weapons and utensils, and the Deshi converted specifically from the Koch-Rajbongshi community.

“We are undertaking the exercise from April 15 on the Assamese New Year day. Applicants will be required to apply online for the inclusion of their names in the list of indigenous Muslims. The draft will be published following verification of documents,” JSP’s chief convener Syed Mominul Aowal said.

The exercise would be similar to the National Register of Citizens (NRC) that left out 19.06 lakh of the 3.3 crore applicants, he said.

“We left out the Jolahas, who were converts from among the tea plantation workers, because we consider the pre-British era Muslims as indigenous,” Mr. Aowal told The Hindu.

He said the exercise was felt necessary as some migrant Muslims had undertaken an initiative to bring all Muslims living in Assam under one umbrella. “Our religion and names may be the same but the indigenous Muslims have a distinct identity, given by the Ahom and Koch kings,” he said.

“It is unfortunate that in the name of Islam, the Goriya, Moriya and Deshi communities are being merged with the Miyas (Bengali-speaking migrant Muslims). We have to keep our identity distinct,” Mr. Aowal said.

The JSP has created a portal with a three-month window (from April 15) for some 40 lakh Assamese Muslims to submit all relevant documents given by the organisation and competent government authority. The organisation will publish the draft following verification of documents.

There are provisions to rectify errors in documents. “We will also publish a list of names of people who are rejected. We are receiving donations from indigenous Muslims for the exercise that will be wound up by the year-end,” Mr. Aowal said.

The JSP had expected the BJP-led government to conduct the census of Assamese Muslims and allocate ₹100 crore for it, as promised in the Assembly months ago. “We could not wait any longer,” Mr. Aowal said.

According to the 2011 census, Muslims account for 34.22% of Assam’s population. The JSP claims the present Muslim population in the State is 1.4 crore.