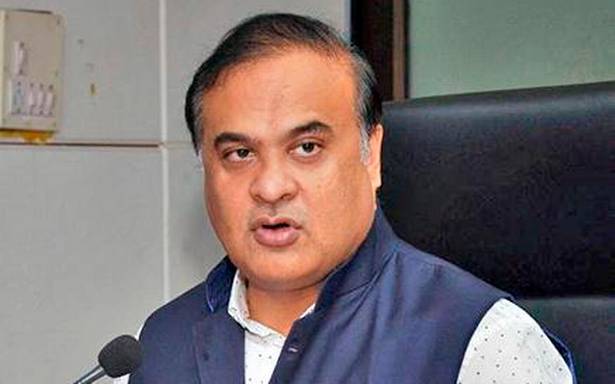 The Assam Cabinet has decided to create an independent department for the preservation and promotion of indigenous faith and culture, Chief Minister Himanta Biswa Sarma has said.

Marking the completion of 60 days of his Bharatiya Janata Party-led government, the Chief Minister said the new department would not be tagged with other departments such as Culture, or Welfare of Plains Tribes, and Backward Classes.

“Assam has many tribes with their unique customs and religious beliefs. We have decided to preserve their culture and faith with institutional support through this new department,” he told journalists Saturday evening.

Dr. Sarma said the Cabinet has requested Finance Minister Ajanta Neog to allocate a substantial budget to the Department of Indigenous Faith and Culture.

Assam is not the first State in the northeast to come up with such a department. Arunachal Pradesh had formed the Department of Indigenous Affairs five years ago to insulate the indigenous faiths perceived to be threatened by conversion.

In Assam, communities such as the Bodo and Zeme follow indigenous faiths such as Bathou and Heraka. A sizeable number of people in these communities have converted to Christianity over the years.

Law against exploitation of women

The Chief Minister also said the State government would bring a law against any kind of exploitation of women and girls besides tabling a Bill for protecting cattle in the upcoming session of the 126-member Assembly.

“I don’t believe in a word like jihad. But ‘love jihad’ does not a Muslim deceiving a Hindu. A Hindu should also not deceive a Hindu on the pretext of marriage. The law we are bringing will apply in cases where the culprit is Hindu, not only Muslim,” he said.

“No woman and girl, irrespective of her faith, should be exploited,” he said.

Dr. Sarma further said the gatherings at sulai (illegal liquor) joints were contributing to the surge in COVID-19 cases. This was the observation made by Ministers given the responsibility to monitor the situation in certain districts, he said.

“Wherever cases are rising, there is a link with illegal liquor joints. It is a serious matter,” he said, adding that the district authorities have been asked to dismantle such liquor joints.

The Chief Minister also said Assam police personnel had been deployed to protect Assam’s constitutional boundaries with neighbouring States such as Mizoram and Nagaland.

“Assam is the gateway to the northeast and we are always open to mutual discussions and the resolution of our disputes,” he said.