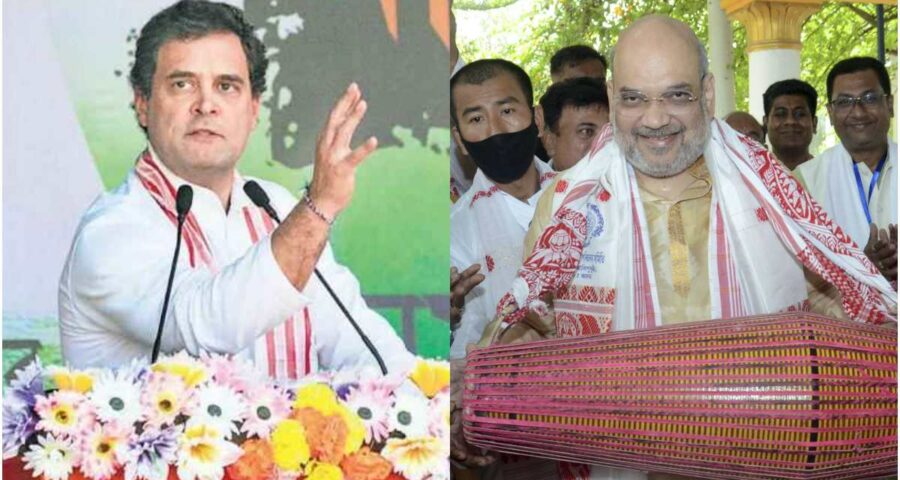 From five seats in 2011 to a massive 60 in 2016, the BJP got a stunning mandate in the previous Assembly elections. Its alliance with the regional AGP and the tribal Bodoland People’s Front (BPF) further cemented its position — together, the three won 85 seats of the 126-member Assembly. Politics in Assam, a northeastern state with a diverse socio-ethnic profile, has long been shaped by regionalism and sub-nationalism, primarily centring around the vexed issue of “illegal immigration” from the neighbouring country of Bangladesh.

Traditionally a Congress stronghold, Assam got its first taste of regional politics with the Asom Gana Parishad (AGP) — born out of the student-led anti-“foreigner” Assam Agitation of 1979-85 — coming to power in 1985. The party, which pegged itself to be representing regional interests, became the Congress’s key opponent, and formed the government twice, between 1985 and 2001. Up till the mid-2000s, elections in Assam were largely a two-cornered contest between the Congress and the AGP, with the Bharatiya Janata Party (BJP) getting only a smattering of seats, mostly concentrated in southern Assam’s Barak Valley districts, its traditional support base.

In 2005, a new player entered the scene: the All India United Democratic Front (AIUDF), led by businessman and perfume baron, Badruddin Ajmal, pitched itself as the saviour of Muslims of Bengali origin, inhabiting the districts of Lower Assam, and often branded as “illegal immigrants”. AIUDF emerged as a major player in subsequent elections.

However, it was in 2016 that an electoral history was scripted in Assam. After 15 years of Congress rule, the BJP came to power for the first time in the state, with a thumping mandate. Also significant was that it was the saffron party’s first inroad into the Northeast.

From five seats in 2011 to a massive 60 in 2016, the BJP got a stunning mandate in the previous Assembly elections. Its alliance with the regional AGP and the tribal Bodoland People’s Front (BPF) further cemented its position — together, the three won 85 seats of the 126-member Assembly.

There were several factors that led to rise of the BJP in Assam, and it was not just anti-incumbency against the Congress, or the Modi wave of 2014. The BJP, with its Jaati, Maati Bheti (Community, Land, Hearth) poll plank, took a firm stance on illegal immigration from Bangladesh, and vowed to protect the interests of the “khilonjiya” or “indigenous” Assamese. In a society cleaved along ethnic lines, the BJP’s campaign also polarised voters on religious lines, making a distinction between the kind of migrants that had come to Assam: Hindus were ‘refugees’ and Muslims, ‘infiltrators’. Moreover, it got into its fold two well-known political faces of Assam: Sarbananda Sonowal, the current Chief Minister joined the BJP in 2011, and Himanta Biswa Sarma, an ex-Congress leader, known for his astute political strategy. Both were student leaders and members of the All Assam Students’ Union (AASU), which led the anti-foreigner movement of the 1980s.

The BJP’s partnership with local parties (BPF and AGP) also served them well — BPF, which had considerable sway over the tribal Bodoland districts, got them 13 seats. Apart from that, anti-BJP votes got divided between the Congress and the AIUDF, making it easier for the saffron party-led coalition to come to power.

In the past five years, there have been two major political developments in Assam which have renewed old faultlines: one is the publication of the National Register of Assam (NRC), a Supreme Court-mandated citizenship counting exercise which has left lakhs in the limbo, and second is the passage of the Citizenship (Amendment) Act (CAA) in December 2019. The latter saw widespread opposition in Assam, leading to deaths of five people following protests and violent clashes at the end of 2019. Unlike the rest of India, the main opposition to the CAA in Assam stems from anxieties of the indigenous population that it will accelerate more migration into a state already beleaguered by it. In fact, the Assam Accord, signed with the Centre at the culmination of the Assam Movement in 1985, sets a cut-off date of 1971 to determine citizenship in the state. The Assamese believe CAA violates the sanctity of the Accord.

In 2021, the Congress is cashing in on this anxiety and sentimentality, with CAA as one of its main poll planks — evident in their speech campaigns, promises to build a CAA martyrs’ memorial, collection of anti-CAA gamosas, among others. Its campaign, Assam Basaon Ahok, or “Let’s Save Assam” plays into these very sentiments.

The BJP, on the other hand, is steering clear of the CAA. In fact, many senior leaders have denounced it as a “non-issue”, citing how CAA barely affected BJP’s winning streak both in the Lok Sabha elections of 2019, or local body polls in 2018, despite widespread protests against the party’s citizenship law. The BJP seems to be focusing heavily on schemes — developmental, economic and infrastructural. It is also trying to woo the indigenous voter base. Two out of three programmes by Prime Minister Modi, in the run up to the elections, have been held in upper Assam districts, which is the traditional bastion of Assamese nationalism, and saw the most widespread protests against the CAA.

However, it is to be seen whether the widespread angst against the CAA translates electorally this time.

The BJP may meet its match this time in the Congress-led umbrella alliance, which includes its former-rival AIUDF, the Left parties (CPI, CPI(M), CPI(ML)) and the regional Anchalik Gana Morcha, announced a few months ago. With these parties grouping together, the anti-BJP votes may consolidate, unlike in the previous elections where votes were divided between Congress and AIUDF.

A second alliance has been formed by two new regional parties, which trace their genesis to the anti-CAA protests that rocked the state in 2019. While the Assam Jatiya Parishad (AJP) was formed under the aegis of two most influential student-youth bodies of the state, AASU and Asom Jatiyatabadi Yuba Chatra Parishad (AJYCP), the other, Raijor Dal, has been formed by jailed peasant leader Akhil Gogoi’s Krishak Mukti Sangram Samiti (KMSS). Both the regional parties announced their pre-poll alliance in February. While the Congress has said that they are open to allying with the new parties, the latter has so far ruled out an alliance.

BJP, on the other hand, has retained its earlier alliance with the AGP. However, this election, they have dropped the BPF, and are instead partnering with the United Peoples’ Party Liberal (UPPL), which came to power in the autonomous Bodoland Territorial Region last December.