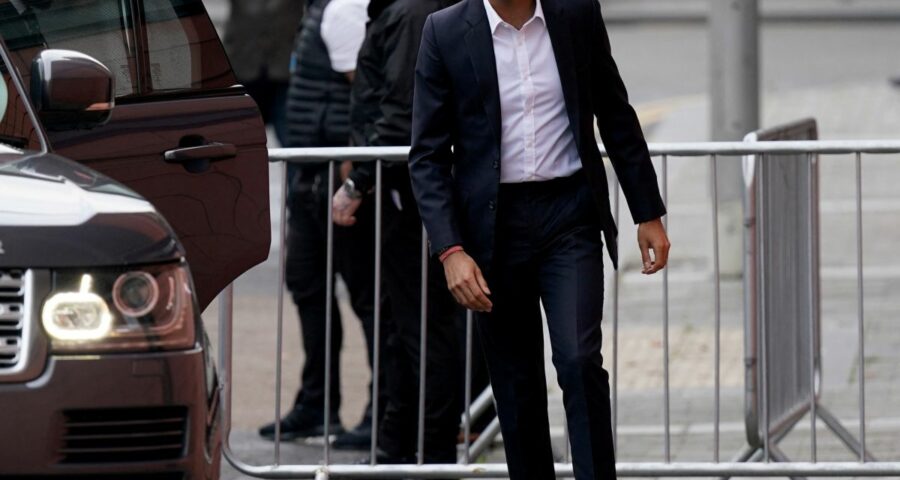 Rishi Sunak rushed to the side of a television host after she fainted live on air during a UK prime ministerial election debate, which was cancelled mid-way through. 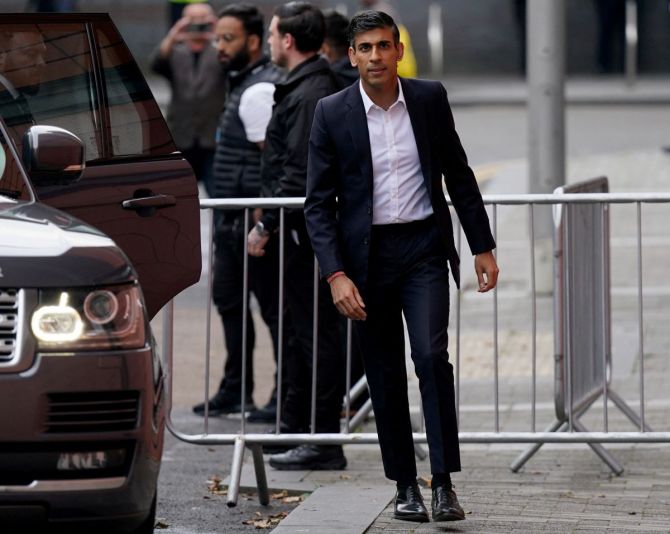 Foreign Secretary Liz Truss was in the midst of making a point about her economic plans if elected as the Conservative Party leader when she was seen on screen reacting with horror to the sound of a crash off screen.

The Sun newspaper, which was the co-host of the debate with TalkTV on Tuesday evening, has reported on what went on behind the scenes when the channel had to switch to another studio after host Kate McCann was unwell.

The newspaper quoted eyewitnesses as saying that the former chancellor ”raced to Kate’s side”.

Truss also went to check on the presenter and both candidates were seen kneeling down checking if she was fine.

“Kate McCann fainted on air last night and although she is fine, the medical advice was that we shouldn’t continue with the debate. We apologise to our viewers and listeners,” a spokesperson for News UK, the company behind TalkTV, said.

As the debate was halted around 30 minutes, a message on TalkTV and The Sun online stream read: “We’re sorry for the disruption to this programme.”

The candidates continued fielding questions from The Sun readers after the show went off air.

Sunak and Truss were clashing with each other over the issue of taxes, the key dividing line of the election, with the former branding Truss’s plans to cut taxes as ”morally wrong”.

“I think The Sun readers are sensible enough and have enough common sense to know that you don’t get something for nothing,” said the 42-year-old British Indian former Chancellor.

“It’s important that we leave our kids and our grandkids, and I think it is important to think about that inheritance, and I don’t want to pass them a bill,” he said.

Truss, 47, hit back with some of the arguments that have been playing out between the two finalists as they intensify their campaign to win over Tory member votes.

“It’s wrong that we currently have the highest tax burden in this country that we’ve had for 70 years. And I believe that The Sun readers want us to keep to our manifesto commitment of not raising taxes,” she said.

On Wednesday, Sunak said as Prime Minister he would scrap the 5 per cent Value Added Tax (VAT) rate on household energy bills if prices continue to rise later this year.

The former finance minister, who has not promised tax cuts so far in his campaign and instead focused on the urgency to curb inflation, said the plan would help families with rising living costs.

Sunak has described the action as a “temporary and targeted” tax cut that would save average households GBP 160 a year, and ensure people get “the support they need” while also “bearing down on price pressures”.

It marks a tactical re-alignment from the Ready4Rishi campaign team to try and gain lost ground, with bookies odds and Tory voter survey samples indicating an extending lead for Truss in the race to 10 Downing Street.

The Truss camp branded the VAT move a ”screeching U-turn” and in announcements of their own, said the foreign secretary would set police forces a target of cutting homicide, serious violence and neighbourhood crime by 20 per cent before the end of the current parliament.

The Sunak campaign dismissed these proposals as a “lightweight plan based on publishing data the government already does”.

Postal ballots are set to be delivered to Tory members from next Tuesday, when the finalists will clash in another live debate on Sky News.

Besides, they are travelling up and down the country to address a series of hustings to woo Conservative Party members before the voting closes on September 2 and results are declared on September 5.