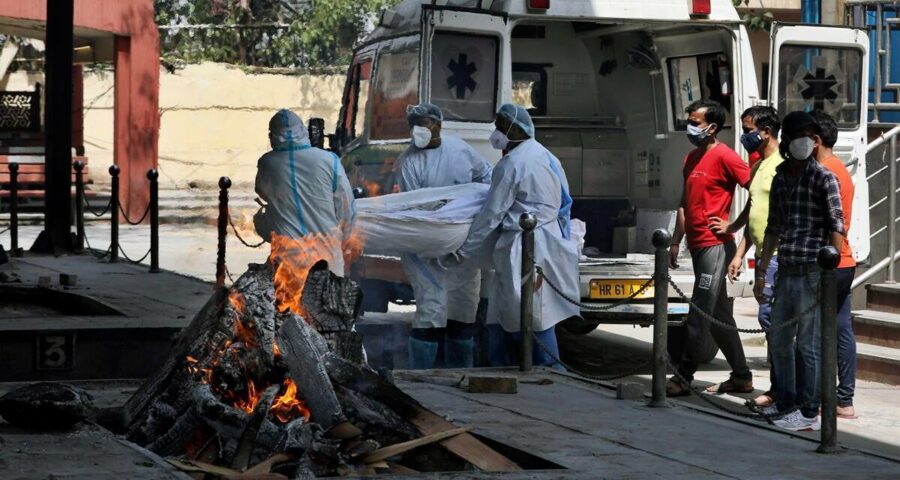 Uttarakhand, for example, was reporting deaths in single digits until the second week of April. By Sunday, however, the daily death count from the state had risen to 180. While Maharashtra continues to report the maximum number of deaths every day, the worrying sign is the rapid rise in deaths in other states, even relatively smaller ones like Jharkhand, Haryana, Chhattisgarh, Punjab and now Uttarakhand. At the end of March, Maharashtra was contributing roughly one-third of all the deaths in the country. Now, that share is just about one-fifth.

States such as Karnataka, Tamil Nadu, Delhi and Punjab have seen a large number of coronavirus-related deaths in the last 40 days. Karnataka has now been routinely reporting more than 400 deaths a day, while the death toll in Delhi and Uttar Pradesh has been around 300 each.

There are a dozen states now that are reporting more than 100 deaths a day. These include relatively new entrants such as Uttarakhand, Haryana, Jharkhand and West Bengal.

Uttarakhand, for example, was reporting deaths in single digits until the second week of April. By Sunday, however, the daily death count from the state had risen to 180. Not all of these deaths happened on the same day — the death toll reported by states usually has a large number of uncounted ones from previous days. Still, over half of Uttarakhand’s 3,700 deaths have occurred just in the last one month.

This proportion is the highest in the case of Jharkhand. Almost 70 per cent of deaths recorded in the state till now, 2,678 out of 3,853, have happened in the last one month. Bihar, Chhattisgarh and Rajasthan are the other states where more than half of the deaths have taken place in the last month.

These are just the official numbers. Anecdotal evidence, and data from crematoriums, suggest the actual number of deaths could be much higher. And while there are some early signs of a possible slowdown in the number of cases, the death figures are likely to remain at this level, or possibly rise, for the next couple of weeks. That is because the daily count of deaths is a lagging indicator that follows the case curve by about two weeks.

With more than 4,000 daily deaths, India now accounts for about one-third to one-fourth of all coronavirus deaths on any given day in the world. The global count of deaths is between 11,000 and 15,000 every day right now.