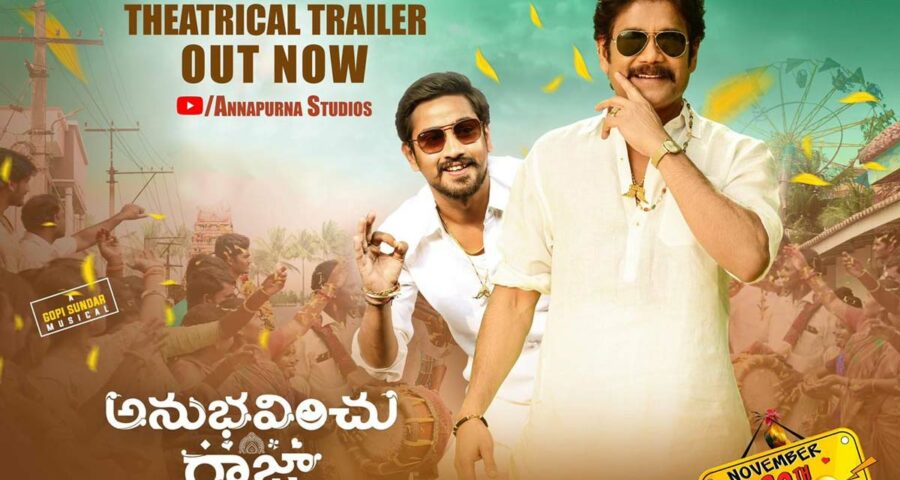 After delivering the movie Power Play,  the young actor Raj Tarun has geared up for the release of his upcoming flick Anubhavinchu Raja. The much awaited  romantic and comedy film is slated for theatrical release on 26th November. Ahead of the release, today morning Nagarjuna have released the trailer that promises a fun ride.

The trailer shows  that Raj Tarun is working as a security guard who works for a software company in the city,  He then meets a techie essayed by Kashish Khan, who tries to propose to him. But the real story happens in a village where he  is a happy go lucky youth who takes on the local baddies to become the village President. How Raj Tarun  wins in the elections forms the crux of the story. On the whole, the Anubhavinchu Raja trailer  promises a fun ride with a good dose of emotions.

Debutante Kashish Khan is the film’s leading lady.  Touted to be a comedy entertainer,  the upcoming drama Anubhavinchu Raja is directed by Sreenu Gavireddy and it is produced by Supriya Yarlagadda under the banner of Annapurna Studios Pvt Ltd in association with Sree Ventakeswara Cinemas LLP.