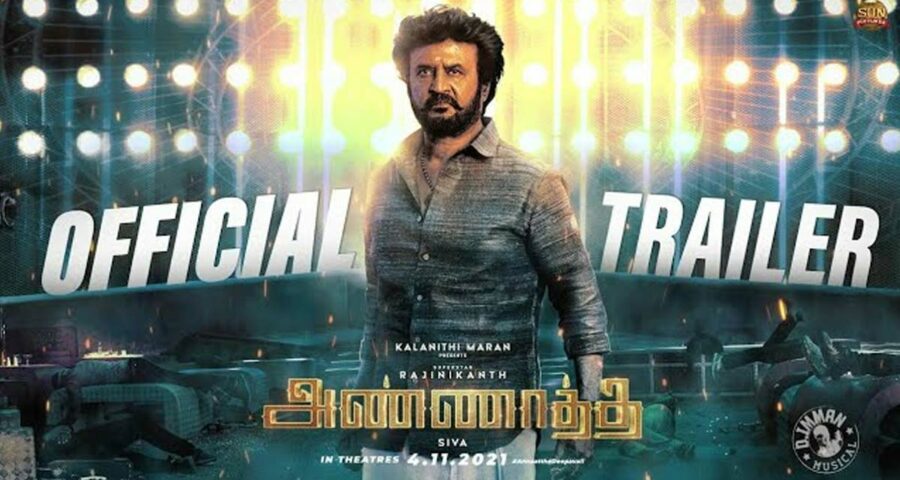 Finally the wait is over. The trailer of Annaatthe  starring Superstar Rajinikanth is out. Rajinikanth is playing  the role of Kaalaiyan and  Keerthy Suresh is playing his sister.  The trailer of Annaatthe show: Name-  Kalaiayyan, Place- Soorakottai. Rajinikanth is the president of  all the neighboring village.  For his sister if a speck of dirt- a small hitch, a ghost, a demon, a scoundrel, a rouge, a useless or a nonsense comes near her, he gets an OTP and appears.  Rajinikanth asks Keerthy Suresh – Is my face creating some fear? She replies: You are like a baby. Jagapathi Babu is playing the role of a villain and Kaalaiyan seeks revenge. The trailer has action, emotion, sentiment, comedy and Rajinikanth’ swag and style.

Helmed by Siruthai Siva, Rajinikanth starrer Annaatthe is produced by Sun Pictures and  it has lady superstar Nayanthara as the leading lady. The action and family rural drama is slated to hit the theaters on 4th November on the occasion of Diwali. The movie also has Khushbu, Meena, Prakash Raj and Soori in important roles.

Rajinikanth’s Annaatthe introduction song, composed by D Imman, is the last song  which the legendary singer SP Balasubrahmanyam recorded before his demise.

We have already reported that Rajinikanth was also recently conferred the Dadasaheb Phalke Award at the 67th National Film Awards ceremony.