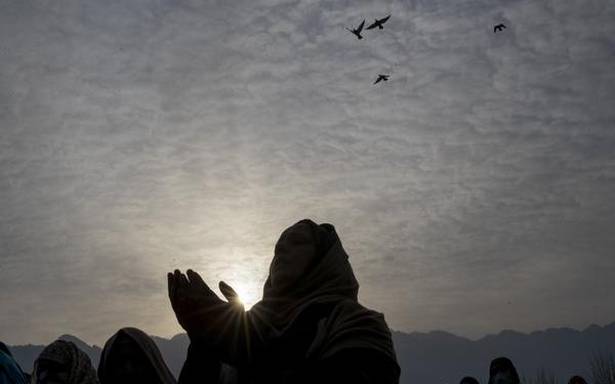 In fact, the spread of Islamophobia across the globe has been so rampant over the last couple of decades that it is now considered an industry and a subject of study in psychiatry. Springer, one of world’s leading scientific publishers, brought out a volume in 2019 titled Islamophobia and Psychiatry: Recognition, Prevention, and Treatment.

The Cambridge dictionary describes Islamophobia as an “unreasonable dislike or fear of, and prejudice against, Muslims or Islam.”But the All-Party Parliamentary Group on British Muslims (APPG) goes further and equates it with racism that targets expressions of Muslimness or perceived Muslimness. The APPG has a point because long before the term gained currency, Frantz Fanon, the celebrated anti-colonial writer and psychoanalyst, had engaged with Islamophobia without mentioning it, and saw it as an expression of religious racism of the colonising West.

In The Wretched of the Earth, which Fanon wrote in the context of the French occupation of Muslim Algeria, he described “the church in the colonies,” as “the white people’s Church, the foreigner’s Church. She does not call the native to God’s ways but to the ways of the white man, of the master, of the oppressor.”

Despite this depressing reality, the West’s fear of Islam or Muslims has little to do with religion and everything to do with cultural frictions and political rivalries as Graham E. Fuller rightly concluded in A World without Islam. In the case of India too it was the tussle for power that made people like Bankim Chandra Chatterjee, Chandranath Basu, Lala Lajpat Rai, and Bhai Parmanand suspect the Muslims.

If in Ananda Math, Bankim Chandra Chatterjee fictionalised Hindu nationalistic sentiments by narrating how “everyone was angry with the Muslims for the anarchy and lawlessness of their reign”, in the early 1900s, Rai and Parmanand floated the idea of territorially separating Hindus and Muslims long before Jinnah imagined Pakistan.

Even B.R. Ambedkar was not sure about the political stability of an undivided India. In his book Thoughts on Pakistan he wanted the Hindus to concede Jinnah’s demand for a separate Muslim state because without Pakistan, India would have to contend with 65 million Muslims, while after its creation, this number would fall to 20 million thus greatly reducing the proportion of Muslim to Hindu seats in central and provincial legislatures, which would further fall once weightage was cancelled. It is this same unfounded fear of Muslim numbers that reflects in the recent enactment of laws against “love-jihad” by several Indian States, and raucous calls for a population regulation law in India to “tackle the problem of declining Hindu population and to stop the rise of non-Hindu population”.

But what is inexplicable is, more than seven decades after Partition, anti-Muslim sentiment not just exists but continues to surge in India. Why is this so if Muslims have consciously stayed away from terrorism and never betrayed the faith reposed in them by Prime Minister Narendra Modi who in September 2014 had said, “Indian Muslims will live for India. They will die for India. They will not want anything bad for India.”?

Apart from the aforementioned reasons, the answer lies in the fact that Muslim religious leaders have done nothing to encourage the community to win the trust of other people, a basic requirement for peaceful coexistence. Unlike political trust in liberal democracies which according to British author Marek Kohn is founded upon the suspicion that the powerful will be tempted to abuse power, social trust (as argued by American political scientist Eric Uslaner) is based on the optimistic premise that although people may follow different religions or secular ideologies, they hold fundamental values in common.

The Muslim clergy has miserably failed on this front. It saw the illegal demolition of the Babri Masjid as condemnable act of religious extremism but remained a mute spectator when a Hindu temple was burnt down in Pakistan a few months ago. And when Pakistan’s Supreme Court ordered its reconstruction, no Muslim religious organisation welcomed the decision. However, provocative televangelist Zakir Naik issued a statement that non-Muslims in a Muslim state do not have the right to construct their places of worship even with their own funds. The unIslamic conversion of Hagia Sophia into a mosque was also greeted with either deafening silence or quiet support.

Similar clerical hypocrisy prevails when it comes to condemning draconian laws in Muslim countries such as those pertaining to blasphemy and apostasy in Pakistan whose blatant misuse has resulted in the murder of both Muslims and non-Muslims. The Islamically baseless concept of ghazwa al Hind (war against India) is another issue on which the Indian ulema are silent. The issue continues to be invoked by the Hindu right to question the loyalty of Muslims, and thus, is yet another reason for Hindu-Muslim mistrust.

If this climate of suspicion has to be overcome, the Indian ulema must emphatically declare the concept of ghazwa al-Hind to be unIslamic apart from clarifying that India is not darul harb (abode of war). They must also announce that the word kafir has no pejorative overtones and does not refer to non-Muslims. Apostasy and blasphemy have also got to be removed from the list of capital crimes under Islamic law.

In short, what is needed is a radical rethink of Muslim theology. As this is not possible in India with the outdated madrasa system in existence, it is up to the Muslim laity to shed its deferential docility and start challenging the self-proclaimed epistemological supremacy of “religious authorities” and pressurise them into completely revamping the madrasa curriculum to harmonise it with the pluralistic teachings of Islam and modernity. There is no other antidote to Islamophobia from within.

A. Faizur Rahman is Secretary-General of the Islamic Forum for the Promotion of Moderate Thought. Email: [email protected]