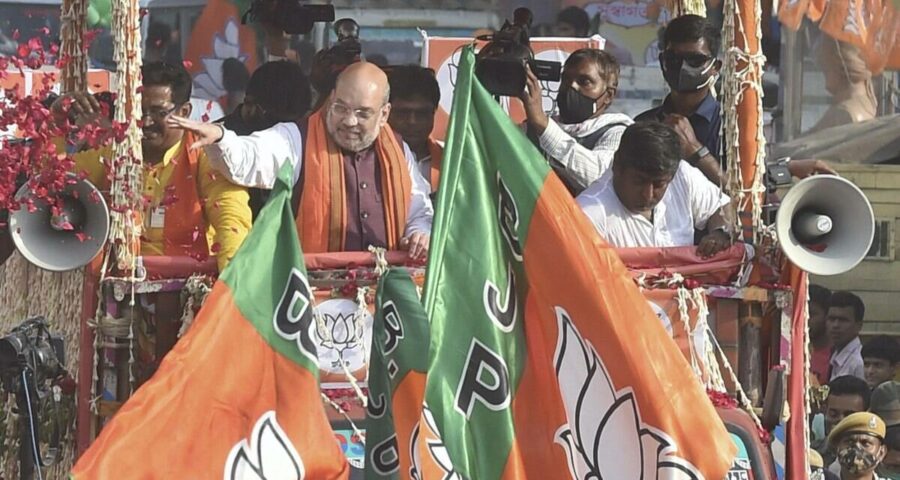 Amit Shah accused Mamata of running the government on the ‘3T model’ of 'Tolabaji' (extortion), 'Tanashahi' (dictatorship) and 'Tushtikaran' (appeasement). Union Home Minister Amit Shah Friday claimed the BJP “had won” over 50 seats out of the total 60 that went to polls in the first two phases in West Bengal, and that Chief Minister Mamata Banerjee had lost from Nandigram.

Addressing a public meeting at Sitalkuchi in Cooch Behar district, Shah said, “It is clear from the first two phases that the BJP will win more than 50 seats out of 60. And Didi is losing the election from Nandigram. Later, Didi’s advisor went to her and asked. ‘Didi! Where would you want to contest from now?’ But Didi replied that she would fight from anywhere but not from north Bengal, as the people here wouldn’t vote for her.”

Shah asked the people of north Bengal not to give a single seat to Trinamool Congress, and support Prime Minister Narendra Modi for the holistic development of the region. There are 54 Assembly seats in north Bengal.

He reiterated that once the BJP comes to power in Bengal, it would stop infiltration from neighbouring Bangladesh into the state.

Shah also promised that the BJP would spend Rs 2,000 crore annually for the development of north Bengal, and set up an AIIMS in Cooch Behar.

“Mamata didi has done nothing for the development of north Bengal. After coming to power, the BJP will constitute a North Bengal Development Board and spend Rs 2,000 crore annually. We will also establish an AIIMS,” he said.