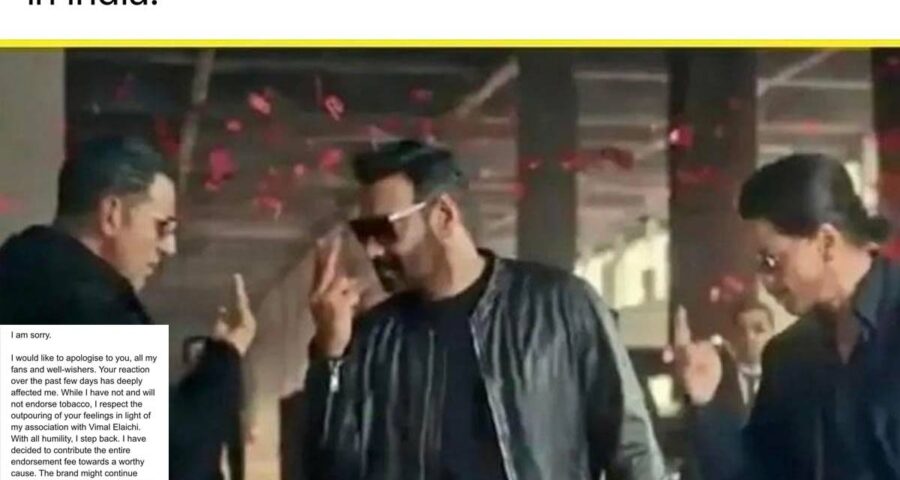 Akshay Kumar apologises to fans:  Bollywood actor Akshay Kumar who is best known for making social message oriented movies, took to Twitter and apologized to  his fans for promoting a tobacco brand, and  Khiladi Kumar said that he would be more cautious in the future.

After receiving backlash for promoting a pan masala brand, B Ton actor Akshay Kumar announced that he has stepped back as ambassador and  apologised to his fans saying that he would be more cautious about the brands that he endorses in the future.

Bachchhan Paandey actor  wrote on Twitter: I am sorry. I would like to apologize to you, all my fans and the well-wishers. Your reaction over the past few days has deeply affected me. While I have not and will not endorse  the tobacco, I respect outpouring of your feelings in light of my association with  the Vimal Elaichi. I step back and i have decided to contribute the entire endorsement fee towards a worthy cause.”

The apology from Akshay Kumar came after he was massively trolled for his association with the pan masala company.

On the work front, Akshay Kumar was last seen in action drama  Bachchhan Paandey.  He will be next seen in Ram Setu, Raksha Bandhan, Prithviraj and Selfiee.