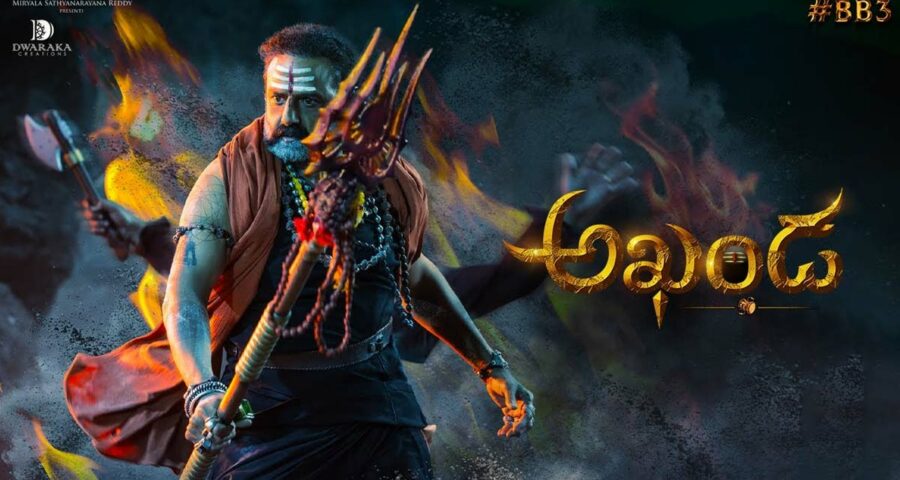 Nandamuri Balakrishna is currently working for his upcoming action drama Akhanda which is one of the much awaited drama of Telugu film Industry. This is the first time, Balayya Babu will be seen playing an aghori in a film. The movie Akhanda is being directed by Boyapati Srinu and currently he is busy in the shoot of climax episode.

Sources say Boyapati Srinu  is planning to hold the pumpkin breaking (last day of the shoot) ceremony on 10th of this month.

‘Akhanda’ is touted to be a mythological period drama in which Kanche fame Pargya Jaiswal is playing the female lead. The movie marks the third-time collaboration between  Boyapati Srinu and Balakrishna, after Simha and Legend. The BB3 title roar  released by the makers in  the month of April  and it was well-received by fans and trended on YouTube for several days. In the teaser, Balakrishna was  seen performing high octane stunt sequences in lord Shiva temple. Balakrishna’s dialogues in the teaser hinted at an action-packed film.

The upcoming action drama  Akhanda has dialogues by M Ratnam and it  is bankrolled by producer Miryala Ravinder Reddy.  C Ram Prasad is taking care of cinematography department whereas the music is scored by Thaman.