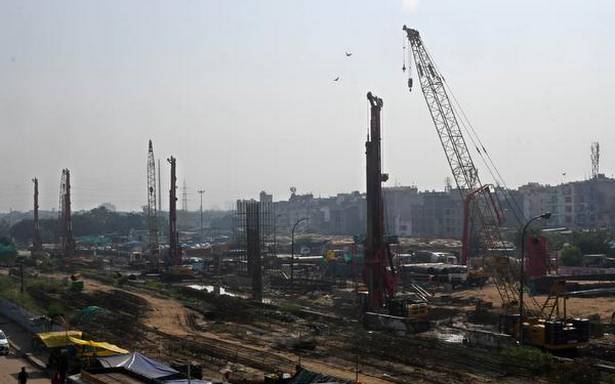 Blanket ban on construction activities, without identifying and excluding the ones which do not contribute towards air pollution is “irrational, arbitrary and whimsical”, said the petition

A construction workers’ body has moved the Supreme Court seeking ex-gratia relief schemes for daily workers who will suffer loss of income due to sudden complete ban on the sector’s activities imposed by NCR States to curb pollution caused by dust.

Blanket ban on construction activities, without identifying and excluding the ones which do not contribute towards air pollution is “irrational, arbitrary and whimsical”, said the petition filed by National Campaign Committee for Central Legislation on Construction Labour.

It alleged that despite having a dedicated corpus of ₹2,700 crore, the Government of National Capital Territory of Delhi has failed to frame any ex-gratia relief scheme for the building workers for the periods when they have to give up their work due to “sudden absolute blanket bans”.

“The Government of NCT of Delhi and Government of Haryana have failed to assess and identify the pollution causing activities. It is submitted that ideally, the ban ought to be limited to activities such as demolition and excavation only.

“Such absolute blanket bans unnecessarily trample upon rights and livelihoods of lakhs of building workers, without contributing even an iota towards reducing air pollution,” the plea said.

The plea said the ban on construction without due notice and publicity leaves the workers completely insecure and unaware, making them ideal fodder for harassment by the implementing agencies.

“It is also noteworthy that when ‘odd-even scheme’ is to be implemented for vehicular traffic, the Government of NCT of Delhi issues advertisements for months in advance in order to enable the citizens to prepare their commuting plans for the said period, whereas, ban on construction sector, which employs the largest number of workers in Delhi, is imposed without any notice whatsoever,” the plea said.