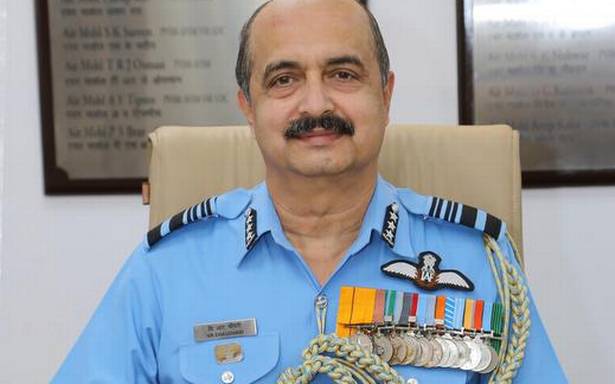 Air Marshal Chaudhari was commissioned into the fighter stream of the Air Force on December 29, 1982, and has a flying experience of more than 3800 hrs on a wide variety of fighter and trainer aircraft, an IAF statement said.

He is an alumnus of the National Defence Academy and the Defence Services Staff College, Wellington. Prior to the present appointment, he was Air Officer Commanding-in-Chief (AOC-in-C) of the Western Air Command. He succeeds Air Marshal H.S. Arora, who retired on Wednesday after over 39 years of service.

The IAF will also see a change at the top soon with Air Chief Marshal R.K.S. Bhadauria set to retire by September-end.

The Deputy Chief (Strategy), a third and a new vertical created for overseeing the Army’s operations and intelligence directorates, among other important branches, was one of the most crucial appointments in the Army, said an officer.

Lt. Gen. Sharma was the Director General of Military Intelligence prior to the new appointment. An alumnus of the Rashtriya Military School, Bengaluru, he was commissioned into the Rajputana Rifles in December 1983. He took over from Lt. Gen. Paramjit Singh, who superannuated on June 30, and was the first Deputy Chief (Strategy).

Lt. Gen. Sunil Puri Goswami assumed office as the 13th DG of Army Air Defence. He took over from Lt. Gen. A.P. Singh, who superannuated on Wednesday. He was commissioned into the Army in 1984.