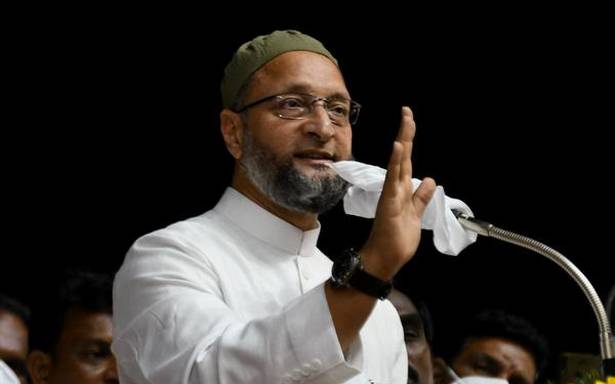 The All-India Majlis-e-Ittehadul Muslimeen (AIMIM) is set to make its political debut in Rajasthan.

It will be launching its State unit within the next two months. It is set to contest the 2023 Assembly election as the third political front in a possible alliance with regional parties.

AIMIM chief Asaduddin Owaisi, who visited Jaipur on Monday to analyse the political situation in the State, said the party would focus on Muslims and Dalits in an attempt to evolve an “independent and credible leadership” for them. The party would shortly establish its organisation and appoint office-bearers at various levels.

Mr. Owaisi told reporters during his visit that there was a huge scope for a third front in Rajasthan’s politics because the people were fed up with both the Congress and the Bharatiya Janata Party, which had formed the government alternately during the last two decades. “It will be our endeavour to give a political voice and platform to the minorities here,” he said.

The four-time Hyderabad MP said the AIMIM would consider having alliances with other parties after starting its activities and making its organisation strong at the grassroots. “I have met Bharatiya Tribal Party leader Chhotubhai Vasava and had a conversation with him. We will also hold talks with leaders representing Dalits and Scheduled Tribes,” Mr. Owaisi said.

The BTP’s influence in the tribal-dominated Dungarpur, Banswara, Pratapgarh and Udaipur districts in southern Rajasthan has been increasing since two of its leaders won the 2018 Assembly election. The AIMIM may reach an electoral understanding with the BTP before the next Assembly polls.

Mr. Owaisi said Muslim MLAs of the ruling Congress had failed to raise the community’s issues and were acting like “mere showpieces”. He did not divulge the number of seats the AIMIM would field its candidates in, but there was speculation that the party would contest in about 30 constituencies, including 16 where the Congress had fielded Muslim candidates in 2018.

All-India Milli Council leader Mujahid Naqvi, who was among those who met Mr. Owaisi during his visit, said here on Tuesday that he was confident that the AIMIM would “fill the political void” in Rajasthan and emerge as a powerful voice for Muslims and other marginalised sections. Mr. Naqvi said the Congress had treated Muslims as its permanent vote bank because of the absence of a strong alternative before them.