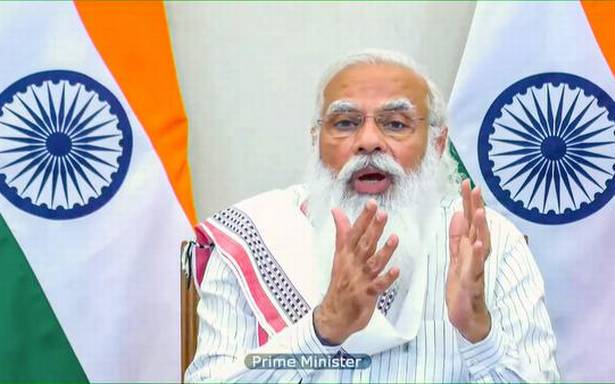 PM calls for coordination among various constituents of alliance

A day ahead of the Monsoon Session of Parliament, Prime Minister Narendra Modi presided over a meeting of NDA floor leaders, emphasising coordination among the various constituents of the alliance during the session.

Defence Minister Rajnath Singh, Home Minister Amit Shah and BJP president J.P. Nadda were also present at the meeting. Apart from asking for coordinating on floor strategy through the session, Mr. Modi told the NDA leaders to ensure the presence of their MPs in both Houses of Parliament on a regular basis. Just after the reshuffle of his Council of Ministers, Mr. Modi had asked the new entrants to ensure that they remained in Delhi through the session.

The Monsoon Session is scheduled to continue till August 13.