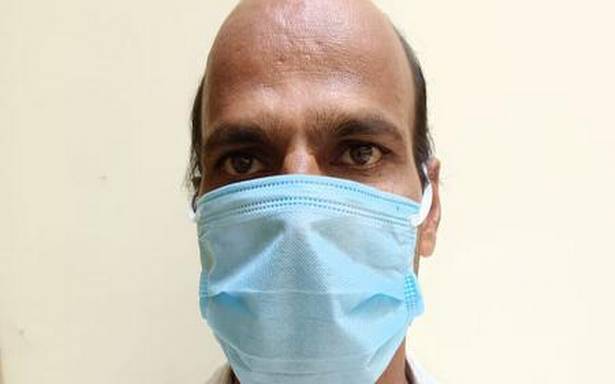 Kabiraj Behera managed to get the insured amount for 23 LIC policies after insuring four persons after their death between 2013 and 2019.

An insurance agent in Odisha’s Puri district was arrested on charges of duping the Life Insurance Corporation of India (LIC) by insuring four dead persons and receiving ₹1.81 crore of the insured sum.

The Economic Offences Wing (EOW) of Odisha Crime Branch stumbled upon the curious case of Kabiraj Behera, a resident of Jhadakata under Kanasa police station of Puri, who had fraudulently managed to get the insured amount concerning 23 LIC policies after insuring four persons after their death between 2013 and 2019.

The accused would be sent to the court of Sub-Divisional Judicial Magistrate, Khordha, on Thursday.

“The insurance agent had been smartly operating in such a way that nobody would have any doubt on him. Our investigators went after him, checked all documents and visited the addresses of the dead persons,” said Jai Narayan Pankaj, Deputy Inspector General of Special Task Force, on Thursday.

After the LIC got wind of the fraud, its officer from Khordha branch had lodged a complaint with the EOW that the insurance agent was committing a scam in association with the nominees of the deceased persons.

The agent’s modus operandi was to manufacture fake certificates in the name of insured dead persons after three to four years of taking policies in their names.

“By presenting those fake death certificates as genuine, he applied for death claims in favour of the nominees in the LIC Branch Office, Khordha, and attempted to avail the financial benefits and death claims against those 23 policies,” said the EOW.

It had been ascertained that the insurance policies were taken subsequent to the actual death of insured persons but the premiums were being paid regularly, the investigator said.

The insurance agent cleverly kept the amount less than ₹10 lakhs which means the branch manager has the financial power to settle the death claim without referring the same to the divisional office.

“It has been ascertained that the total amount of claims raised by the nominees of 23 policies through the accused was more than ₹1.81 crores. Against five policies, the LIC of India had released payments,” the EOW said.

Investigators had searched house of Mr. Behera and come across many incriminating documents pertaining to death claims such as voter identity cards, bank passbooks, cheque books and Aadhaar cards of the claimant nominees, besides correspondences made by the LIC with those nominees.

“Some papers containing the purported full signatures of the ghost policy holders have also been seized from the possession of the accused agent,” the investigating agency said.

Mr. Pankaj said investigation was going on to ascertain the roles of LIC officials and nominees.