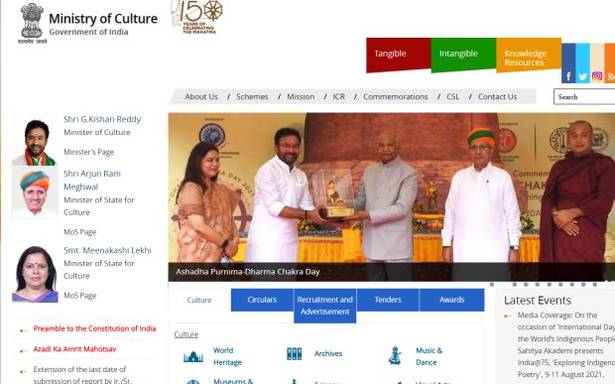 Para described Mughal Empire as one of greatest ever

A section on a government website covering Indian culture and heritage was removed a day after social media complaints on Monday led the site to delete the description of the Mughal Empire as one of the greatest.

As reported by The Hindu on Tuesday, the Ministry of Electronics and Information Technology (MeitY) deleted a para describing the Mughal Empire as one of the greatest empires ever on its KnowIndia.gov.in site. This was after the Culture Ministry was tagged by Twitter users complaining about the same. In response, the Culture Ministry said it was working with the agencies in charge to “accurately portray the events”.

On Tuesday, the website no longer had the “culture and heritage” section that till Monday evening took users to pages on history, monuments, people and lifestyle, performing arts and other activities related to the Culture Ministry. The page on medieval history, which in turn had the page on Mughal Empire that was altered on Monday, was part of this larger section.

Responses from the Culture Ministry and MeitY have been sought.