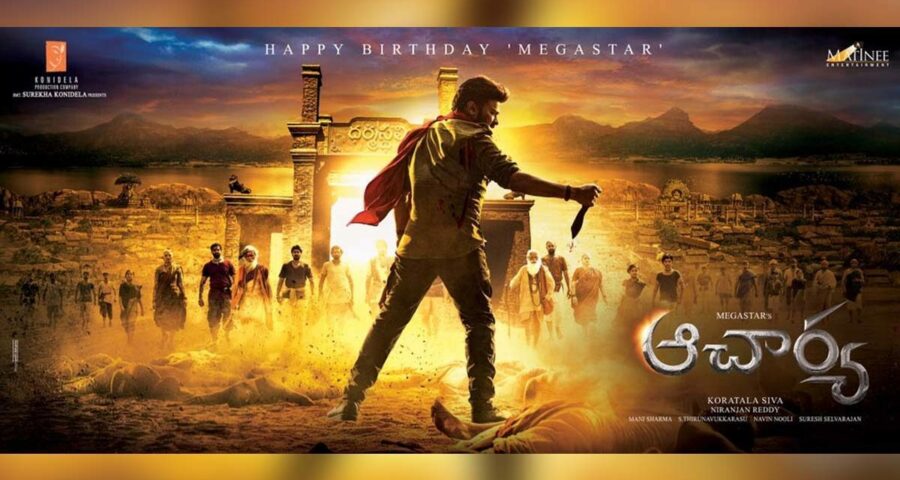 Umair Sandhu- the Editor of Indian Cinema Magazine UK  and  UAE, Member of UK Censor Board, took to his Twitter  to share his first review on upcoming much awaited Telugu movie Acharya which has megastar Chiranjeevi and Ram Charan in the lead roles. Helmed by Koratala Siv, bankrolled by Konidela Productions, the film has the music by Mani Sharma.

Umair Sandhu wrote on the wall of his twitter: Acharya Final Cut Trailer LOCKED today at Producer’s office.  Ram Charan and Chiranjeevi is Back with Another Mass Masala.

On Monday, the makers of Acharya unveiled the lyrical video of Saana Kastam from the movie that featuredChiranjeevi and Regina Cassandra.  It is a peppy number  which is planned to entertain the mass audiences. While Regina Cassndra  seems like a surprise package with her new makeover, Chiranjeevi steals the gaze of  fans with his energetic  moves.

With cinematography by S Thirunavukkarasu and editing by Navin Nooli, Koratala Siva’ magnum opus  Acharya will have a worldwide theatrical release on 4th February. The upcoming big budget film is set in the backdrop of temples and the endowments department.

On the otherside, Chiranjeevi has Godfather, Bholaa Shankar, and an untitled project with director  KS Ravindra  alias Bobby in the works.