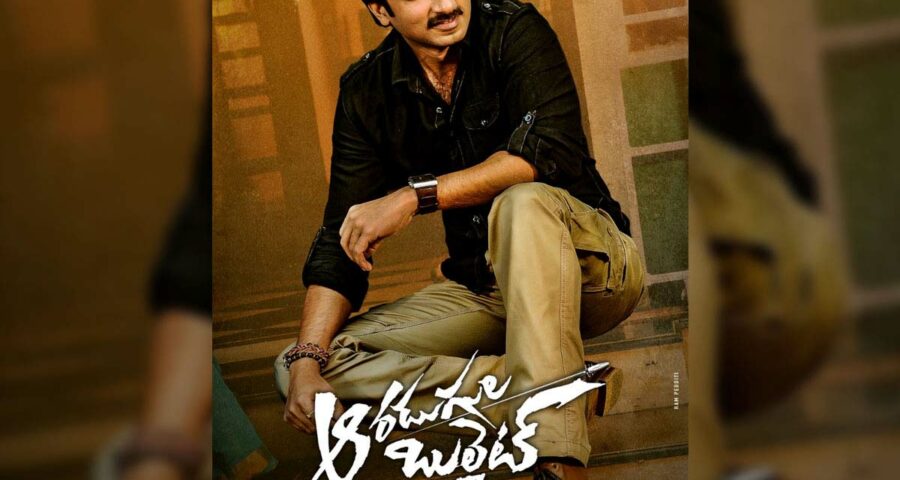 Story: Siva (Gopichand) is a careless youth and the son of Murthy (Prakash Raj).  As Siva is in interested in the job, his father hates his son. Siva falls in love with Nayana (Nayanthara). Later a dreaded don Kashi  (Abhimanyu Singh) grabs the land of Siva’s father.  What happens next, form rest of the story.

Performance:  Gopichand looks stylish in the film. His body language is different for this movie. He is terrific in action sequences.  Nayanthara looks cute and  her chemistry  with Gopichand is good. Prakash Raj gives an emotional performance.  Abhimanyu Singh in the role of villain is just ok. Manorama is fine whereas Madhu Nandan is wasted. Jayaprakash Reddy, Brahmanandam  and rest of the cast of Aaradugula Bullet  perform accordingly.

Technical:  There is nothing special in the storyline of Aaradugula Bullet. The music of Mani Sharma is just ok.  Background score are impressive. The cinematography is weak.  Art direction is good. Editing of could have been more better. The best part about the film Aaradugula Bullet are well designed action sequences. The production values are good.