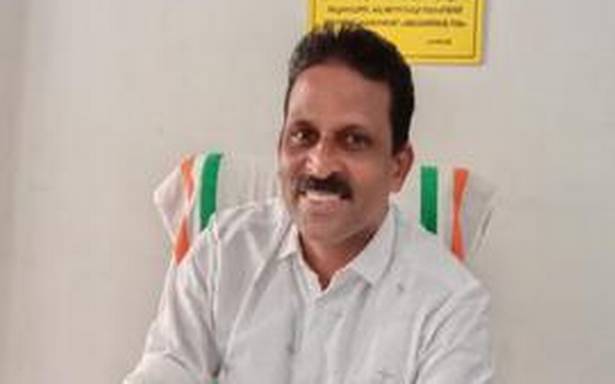 George E. P., president of Ramamangalam panchayat in Ernakulam, will be sharing his experience of beating alcohol addiction as part of campaign to be launched by Ernakulam Social Justice Department on the International Day Against Drug Abuse on June 26

George E. P., president of Ramamangalam panchayat in Ernakulam district of Kerala, claims that he has not touched a liquor bottle in the last 13 years.

In the five years prior to that, he says he never put down one. By his own admission, he had drunk for a lifetime in those five years.

Mr. George will be sharing his experience of surviving alcohol addiction as part of a month-long campaign to be launched by the Ernakulam Social Justice Department on the International Day Against Drug Abuse on Saturday (June 26). The campaign is aimed at salvaging the pride of Ernakulam district afflicted by high alcoholism rate.

Alcohol was never a taboo in his family, though Mr. George says he didn’t taste it till his mid-20s. "In fact, I didn’t even speak to people who drank," he recollects. But it all changed once he joined the Indian Army as a clerk after post-graduation by which time he started having beer with friends occasionally.

The habit kept growing. By the time, he took voluntary retirement despite being adjudged the best clerk multiple times, Mr. George was almost an addict.

"From an occasional drinker, I had progressed to once-a-week and then daily. Before long, I was swigging straight from the bottle. Without a regular job, I started burrowing money," Mr. George says.

As he kept returning home drunk after leaving every morning after promising never to drink again, family life also took a hit. Inevitably, he ended up in a hospital. That brought about a turnaround and he chose redemption through de-addiction.

Mr. George is now a peer educator at the very same de-addiction centre and a frequenter at Alcoholic Anonymous sessions. The public also reposed faith in him and elected him as a ward member last year.

Since the lockdown was partially lifted and liquor shops reopened, alcohol-related issues have resurfaced in households, with Mr. George doing mediations in many cases.

"You can never reform an alcoholic unless he chooses to face his demons head-on. No one who had once been an addict could promise that he will never touch alcohol again. I take it one day at a time," said Mr. George.

And, so far, it seems to have worked.