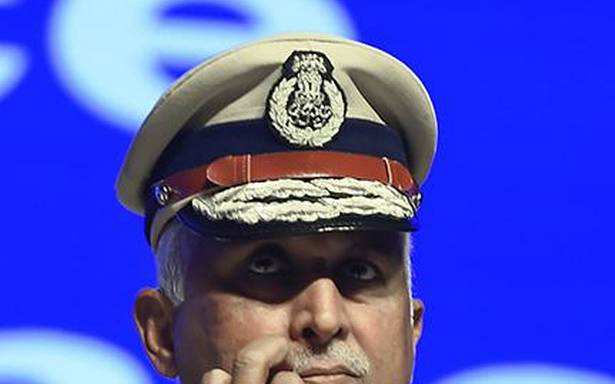 Delhi Police Commissioner S.N. Shrivastava said that a total of 94 persons were identified using facial recognition technology and arrested in north-east riot cases. The police used their data base of driving licence photographs taken from transport authorities and matched them against photos from CCTV footage.

Addressing the media during the annual press conference on Friday, Mr. Shrivastava stressed the use of technology during investigation of the communal riots which broke out in February 2020. He also repeated that the investigation was “free and fair”. “The riots culminated in the death of 53 persons and injury to 581. Also, 755 FIRs were registered. We made it a point that no one should have any grievance for their complaint not to be acknowledged and thereafter the challenge before us was for free and fair investigation,” he said.

The commissioner said that “to ensure free and fair investigation”, three Special Investigation Teams were formed under Crime Branch to investigate relatively important 60 cases and one case was registered “to unearth the conspiracy behind the riots which was investigated by Special Cell”.

Mr. Shrivastava elaborated on the use of technology: “Evidence based on use of science and technology cannot be refuted so we used technology in a big way. We used video analytic and Facial Recognition Software (FRS) for the analysis of CCTV footage to identify all the accused persons.”

Explaining further, he said the pictures were extracted from the CCTV and available video footage. Then, using FRS, it was matched against the criminal database available with the force as wells as the data from driving licence photograph taken by transport authorities. “A total of 231 persons were arrested on the basis of CCTV and video footage, including 137 who were identified by FRS when matched with criminal record and remaining 94 identified from driving licence photograph,” he said.

Talking about other technologies used in the investigation, Mr. Shrivastava said that the deleted chats from seized mobile phone were retrieved to ascertain details and leads. Geo location was also used to ascertain those who were present at riots. “Drone mapping of all the places where riots broke out, use of e-Vahan database to ascertain ownership of vehicles, facial reconstruction of charred or defaced bodies for identification of the deceased, fund flow to ascertain where the funds came from were among the other technologies used during the investigation,” he said.

People were also arrested after being identified on the basis of their clothes. The technology can single out a colour and after the accused is zeroed on in a video, the technology can follow the route taken by them for further identification.