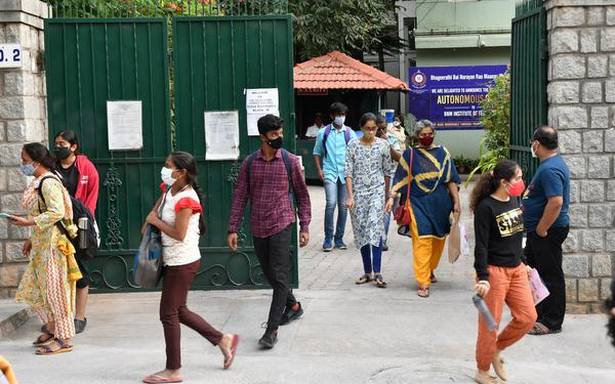 Around 67% of students attended the undergraduate entrance test in both shifts held by the Consortium of Medical Engineering and Dental Colleges of Karnataka (COMEDK) on Tuesday.

The test was conducted in 157 cities across the country and there were no malpractices reported from any of the centres, COMEDK authorities said. The exam was held keeping in mind COVID-19 protocols, they added. COMEDK UGET is a gateway for admission to around 180 engineering courses at private engineering colleges in the State. As many as 44,741 candidates out of the 66,304 registered for the test appeared for the exam on Tuesday.

There were some hiccups reported. At Aligarh, 120 students were scheduled to take theexam, but the government authorities refused permission for the exam as an event that was to be attended by the Prime Ministerwas scheduled 1 km from the exam venue. Immediate alternative arrangements were made 10 km away. Meanwhile, at two centres at Chandigarh and Jalandhar, power was not made available by the governmental authorities and the service provider managed to ensure the smooth conduct of the exam, a release said.