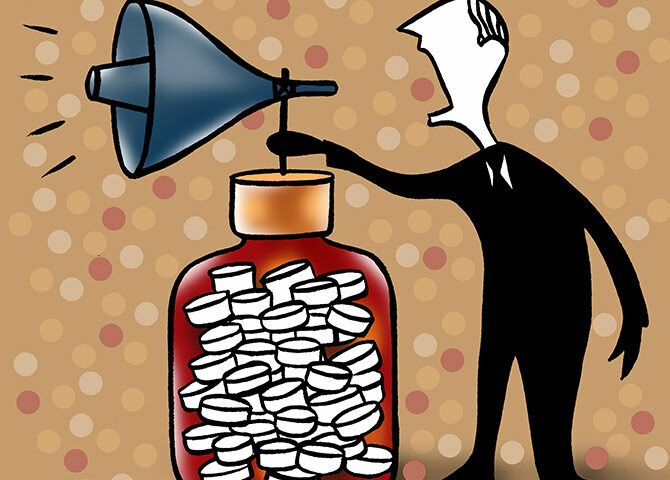 As many as 34 new drugs were added to and 26 dropped from an updated list of essential medicines on Tuesday, with the government saying this will reduce “patients’ out-of-pocket expenditure”. “Drafting this list is a lengthy process, and around 350 experts from across India have held over 140 consultation meetings to draft the NLEM 2022,” Union Health Minister Mansukh Mandaviya said.

Most drugs in the NLEM 2022, which will guide the National Pharma¬ceutical Pricing Authority (NPPA) to cap prices, are anti-infectives (antibiotics, antifungals), diabetes, tuberculosis (TB) and hormonal medicines, contraceptives, and anaesthetics. Common antibiotics like meropenem and cefuroxime and popular anti-diabetic drugs like insulin Glargine and Teneligliptin are included. Four major anti-cancer drugs — bendamustine hydrochloride, irinotecan HCI trihydrate, lenalidomide, and leuprolide acetate which are effective in various types of cancers — have also been added to the list.

Covid-19 medications and vaccines are not part of the NLEM 2022, for they come under emergency use authorisation (EUA) and more studies are required to understand their efficacy and drug profiles, said Y K Gupta, a pharmacologist and vice chairperson of the Standing National Committee on Medicines (SNCM), which drafted the NLEM 2022.

Scheduled drugs that were part of the NLEM 2015 roughly contributed 17-18 per cent of the Rs 1.7 trillion domestic pharma market.

Medicines that feature in the NLEM are called scheduled drugs.

The NPPA fixes the prices of these drugs based on the wholesale price index inflation.

For other drugs, companies are allowed to take a maximum hike of up to 10 per cent annually.

“It includes only those drugs that are approved by the Indian regulator, and also this list is drafted keeping in mind the disease burden and current treatment line in the country,” he said.

The list is usually revised every three years, but this time the task was done after seven years. Covid-19 affected the process of preparing the new NLEM.

Gupta said that even patented drugs like bedaquiline and delamanid (anti-TB), dolutegravir (anti-HIV), and daclatasvir (Hepatitis C) were part of the NLEM 2022.

“We examined those drugs, and around four cancer drugs are now also a part of the NLEM 2022,” he said.