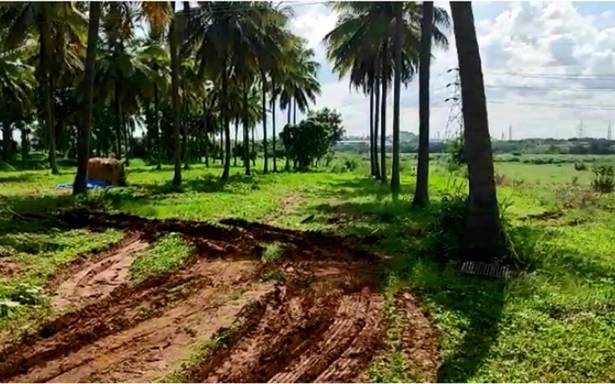 Police track down the youth hours after the incident; accomplice on the run

Hours after a retired Indian Air Force pilot and his wife were murdered in their villa in Eagleton Resorts near Bidadi early Tuesday morning, the police arrested the 21-year-old youth they had employed a few month ago. The Ramanagaram police tracked down the accused within hours of the incident and arrested him.

“The accused, Joginder Kumar Yadav could not escape with all the valuable items due to the presence of the security guard. He fled with ₹56,000 in cash,” said a police officer.

Yadav had initially tried to seek refuge with his relatives but they refused to help him. The police received information that he was hiding at an isolated location in Bidadi and arrested him on Tuesday night.

“Investigations revealed that Joginder had started working for the couple, Raghuram and Asha Rajan, a few months ago. Part of his duties involved taking care of their pet dog and cat. He accessed the couple’s mobile phone and transferred ₹70,000 to his friend in Bihar a few days ago,” said a Ramanagaram police officer.

He then allegedly hatched a plan to murder the couple and flee to his native place in Bihar with his wife and child who were staying in the villa’s outhouse.

“He roped in his cousin Ravikumar Yadav to help him in the loot. Currently, he is on the run,” said the police.

When he was done with his duties on Monday, Joginder left the house but kept the terrace door ajar. He returned in the evening with Ravikumar and the duo remained in the guest room till 2 am.

“While Mr. Rajan was on the first floor of the house, his wife was asleep in the ground floor. The duo first entered his room, armed with a hammer, and murdered him. Three hours later, after consuming whiskey, they went to Mrs Asha’s room and killed her in a similar manner,” said the police.

After asking his wife to get ready to leave, Joginder returned to the villa to collect the valuables.

But by then, the couple’s son from Delhi had alerted the guards as he was unable to reach either of his parents.

“The guard bumped into Joginder, who lied claiming that the couple had gone to Bengaluru. Their son asked him to check the house which was when the bodies were discovered. But by then Joginder and his cousin had escaped,”

According to the police, Joginder had attempted to wire more cash into his account from Mr. Rajan’s phone but found that the password had been changed.

A special team led by Superintendent of Police K Santosh Babu have taken Joginder into custody for further investigations while efforts are on to track down Ravikumar, the accomplice, who is still on the run.