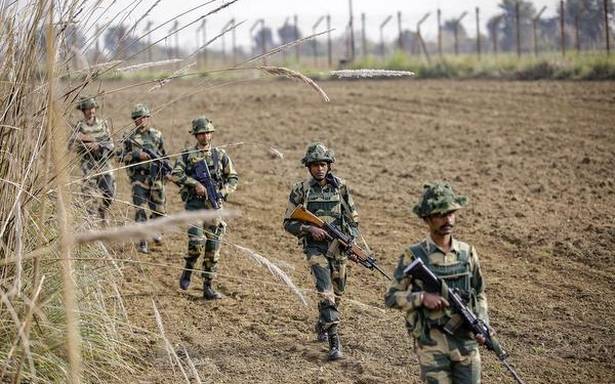 They crossed the International Border ‘inadvertently’ into Punjab’s Ferozpur Sector on May 22.

Two Pakistani nationals who crossed the International Border (IB) “inadvertently” into Punjab’s Ferozpur Sector on May 22 were handed over to Pakistani Army on “humanitarian grounds”.

“On May 22, alert Border Security Force troops on duty observed that two Pakistani nationals crossed the International Border and entered inside India and moved towards border fencing. Sensing the threat and to stop the misadventure, they were subsequently apprehended,” a BSF spokesman said.

The spokesman said nothing objectionable was recovered from them. “During questioning, it came to notice that they had crossed over to Indian territory inadvertently,” the spokesman said.