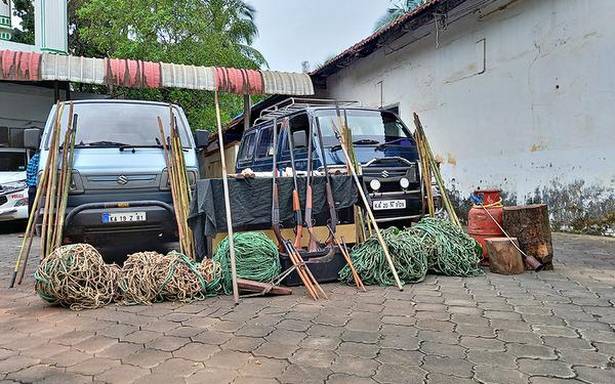 Police Commissioner N. Shashi Kumar said the arrested persons have been accused of misusing weaponsmeant to protect crops from predators, for hunting. Apart from going hunting themselves, they were also hunting wild boar and other wild animals for other people in protected forest areas near Moodbidri. An investigation was on to find about their alleged involvement in other crimes.