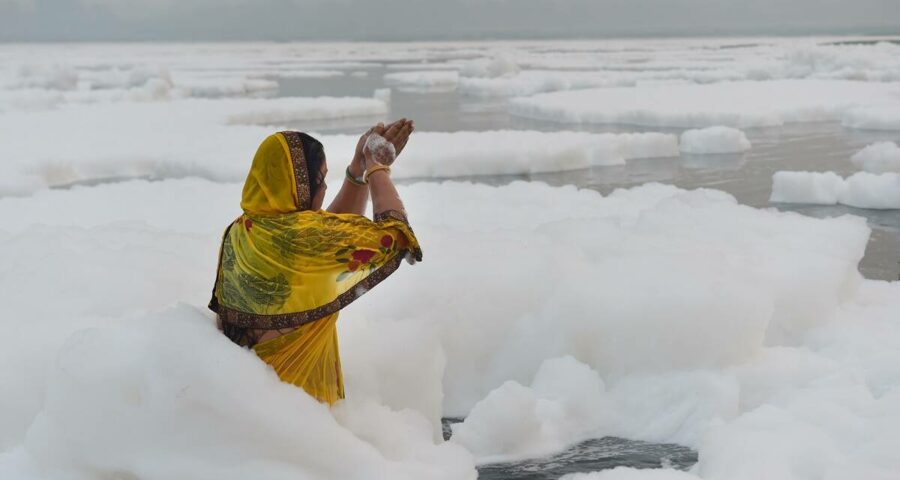 From a hose sprinkling water into the Yamuna river to speed boats, here are the "temporary" measures taken by the Delhi government to clear the toxic foam. 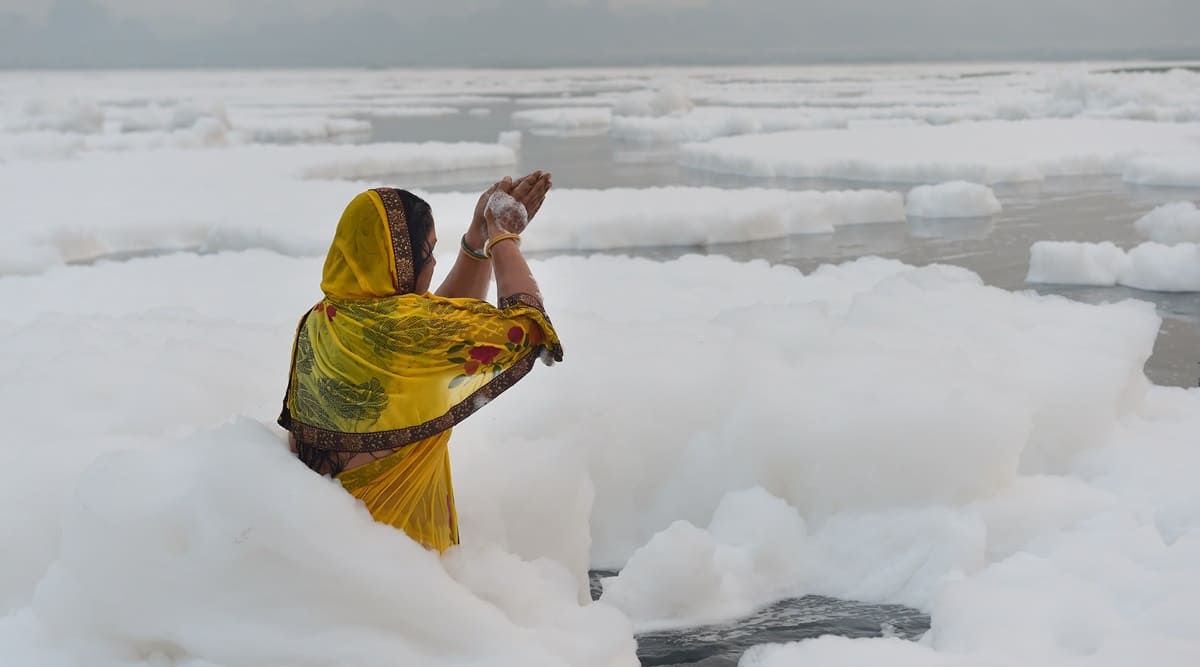 Even as a ban on Chhath celebrations on the banks of Yamuna is in place, the Delhi government on Wednesday deployed several tactics to control the froth over the river. According to experts, this froth is a result of untreated or poorly treated effluents, including sewage and industrial waste, being released into the water body.

Much to Twitter’s amusement, one of the videos shared by news agency ANI shows a Delhi Jal Board employee sprinkling water into the river with a hose in a bid to dissipate the foam.

In another video from Delhi’s Kalindi Kunj, men can be seen putting up barricades to keep the froth from floating towards the ghats, where devotees were seen taking a dip as part of the Chhath rituals.

The Delhi government has also deployed 15 speed boats to remove the froth with the help of ropes. New agency PTI on Tuesday reported that Delhi Pollution Control Committee (DPCC) with the help of the Irrigation Flood Control Department and Revenue Department has come up with this “temporary” measure. “Fifteen teams have been deployed to remove the foam in the river. The exercise will continue till the current frothing episode comes to an end,” an official said.

Last week, the DDMA, which is headed by L-G Anil Baijal, passed directions allowing the public celebration of Chhath Pooja at designated areas, which exclude any site on the banks of the Yamuna. However, following protests from the Bharatiya Janata Party (BJP), Delhi Environment Minister Gopal Rai stated that if the L-G and Delhi Police allow it, the BJP can celebrate the festival on Yamuna’s banks.